After a horrible year Linda challenges herself to do something even worse: the Chilkoot Trail. In bear and avalanche season. In borrowed boots. A century after the Klondike Gold Rush, we still hope for a better life at the end of the Trail. An almost true story. 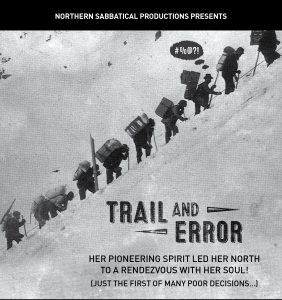 Play Description:
1996 was a monumentally bad year for Linda, so in 1997 she headed to the Yukon for a few months to satisfy her curiosity about the north and the Klondike Gold Rush. One key objective was to hike the historic Chilkoot Trail, a 55km 5-day hike through various ecosystems and terrains. This play is about the perils and pearls Linda found on that journey, some of which still play out in her life today.