In WW2, women became mechanics at British Commonwealth Air Training Plan Schools all over Canada. Ethel, a southern Alberta farm girl, chases dreams of being a pilot while finding friendship and romance in the (mostly) true story.

Time: 55 – 75 minutes. We have used the “strike out” feature to show which scenes or portions of scenes are optional in order to bring the play to under one hour. 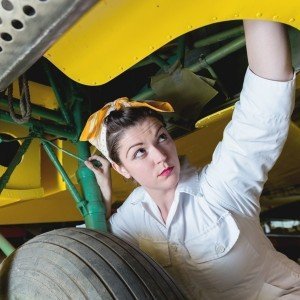 Text Notes:
The stories are true. Most happened to Ethel, and if not her, to someone she knew. The timeline in the play is a bit longer than Ethel’s actual time at No. 31 E.F.T.S. De Winton (July 1943 – August 1944) and some stories happened in a different order than what is presented.

The names of the L.A.C.’s are authentic, either from Ethel’s memories and photo albums, from “Daily Diary of No. 31 E.F.T.S.” (“From the collection in the National Archives of Canada and as reproduced by Timothy Allan Johnston of JATP Publishing.”), or from the “Daily Diaries” of other BCATP Schools; however, the situations (while true) did not necessarily happen to these L.A.C.’s.

The character of Vi(olet), Ethel’s best friend, is a composite of the real Vi Hedin as well as Flight-Line Mechanics Eve, May, and Olli May. Evereth really was Ethel’s friend from childhood, although we took some liberties with his personality. Ray really was the British pilot with whom Ethel fell in love. Johnny “Jerk” Jackson did die in a gruesome way and Ethel did have to hold his foot in a boot. Syd, another L.A.C. from Ray’s flight, sent Ethel the telegram.

Some words used offend our ears today, but they are authentic to the era and many are taken verbatim from other war-time sources.

Audio/Visual images can be projected on screens behind and/or around the stage or even on the actors (e.g., camp, barracks, runways, mess hall, canteen, machine shop, hangars, administration building, etc.).

Dialogue Notes:
Stavely, Alberta at that time was a Swedish and Norwegian community. Many people had accents and many adopted the same last name (e.g., Johnson) when they emigrated to North America. While Ethel’s and Vi’s first languages were Swedish, the spoke both Swedish and English (they called it “Swenglish” or “Engleska”) without accents. The script attempts a Swedish accent for Ellen Johnson (Ethel’s mother) and Evereth Johnson (Ethel’s friend). The pilots came from all over the Commonwealth and invariably had accents that seemed exotic to a couple of farm girls. 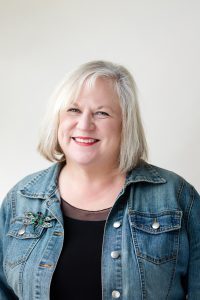