Four in the Crib by Linda Wood Edwards

Sex! Murder! Intrigue! Who knew cribbage could be this much fun? Four seniors struggle to keep their independence, stay active, and get over the skunk line at a weekly cribbage tournament.

Earl
Bernice
Constance
Agnes
All are 75-85 years old and all have ailments and mobility problems. 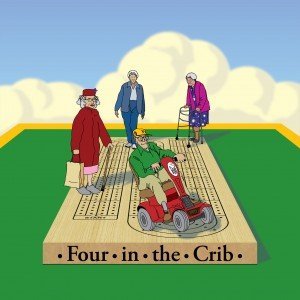 Setting: A common room in a seniors’ facility (assisted living with independent apartments).

The crib table is the constant. In all but Scene 1, the crib board is set up. In most scenes they play, but in some they may not get around to it. The players switch cribbage partners from time to time – Scene 2 is the only scene where seating is prescribed. Light and music are used to indicate scene/time and mood changes.

Timeline: The play takes place in the spring over a period of six weeks; present day. 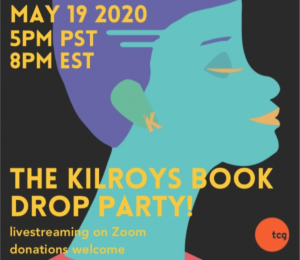