An entrepreneur’s new business gets thwarted when her grandmother reveals a family secret in public. 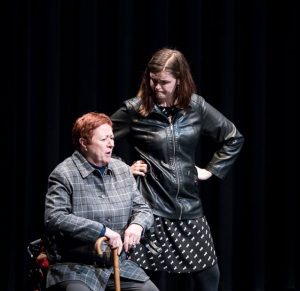 Synopsis: Family drama is on tap as the town gathers to witness Tina break ground for her new business. But a microbrewery doesn’t fit into the plans of Tina’s 104 year old grandmother who invokes her status as former President of the Women’s Christian Temperance Union and unearths some long held family secrets. The laughs flow and the surprises come to a head in this little piece.