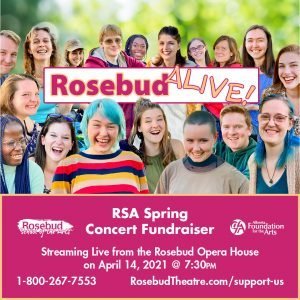 The 100 Angels of Theatre Alberta campaign required theatre patrons and lovers who believe in a strong and united Albertan theatre community to come forward. And come forward you have. Thank you so much for all of your support! Each name listed below represents a $100 (or more) donation to Theatre Alberta, provided to us between December 2011 and March 31, 2012 (our fiscal year-end). 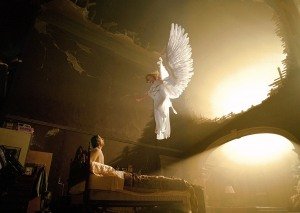 We would be honoured to be one of the Angels!!! This contribution is in loving memory of Julie Mueller , a long time board member, volunteer and supporter of ELOPE Musical Theatre and theatre in Edmonton.

Our donation is in memory of Frank Glenfield.

One of my donations is made in memory of Tim Ryan, the other in memory of Gordon and Peggy Ferguson – winners of acting awards from Betty Mitchell in the 1940’s.

In memory of Bill and Eira Davies.

In gratitude to Neil Simon.

Simply in honor of all of the hardworking people and volunteers who make this program life changing for kids! My son had kids tell him that they would probably not be alive without Artstrek – the only place they ever felt seen.
Blessings to all of you!

In fond memory of my decade living in Alberta and working in the theatre sector. I have wonderful recollections of working at Alberta Theatre Projects, Central Alberta Theatre, Pleiades (now Vertigo ), Quest Theatre, as well as for and with a host of other arts including Alberta Playwrights Network and Theatre Alberta.

In honour of Lunchbox Theatre’s production of A.J. Demers’ The Whimsy State, or the Principality of Outer Baldonia.

I would like to donate to Angels in honour of my glorious son, whose incredible talent and love for theatre was so strongly encouraged and developed through Artstrek. Thank you!!

In memory of Wendi Pope and Richard Winnick.

For all the good work that Theatre Alberta does to support theatre and theatre artists across the province.

In honor of the amazing Theatre Alberta librarians who go above and beyond the call of duty to make the library’s resources so accessible.

To honor all of the excellent work that Theatre Alberta does to support and contribute to theatre and theatre artists across the province.

For Artstrek, which meant so much to our children.

Thank you to Angels who missed March 31 deadline, but donated $100 all the same:

One Hundred (plus) Angels of Theatre Alberta

Donors and Supporters from Previous Years 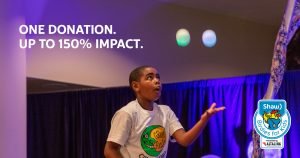