Dustin Cook | Edmonton Journal | January 20, 2020 An Indigenous retelling of Shakespeare’s classic tragedy Macbeth will be touring Treaty 6 First Nations communities in Alberta before embarking on a run at the renowned Stratford Festival. But it’s a different version of the play than fans of the 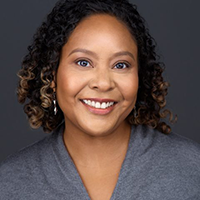 Vertigo Theatre is excited to announce the launch of The Agency. @vertigotheatre

The Open Call for Scenofest Workshops, Master Classes, Panels and Performances is open!!!

The Board of Directors at Workshop West Playwrights’ Theatre are pleased to announce that Heather Inglis will be the new Artistic Producer of the 40 year old theatre company. Inglis, an award-winning Edmonton Theatre Artist and the Artistic Director of site-specific theatre company, Theatre Yes, stepped into the role

Dave Mabell | Medicine Hat News | November 1, 2019   A longtime Lethbridge drama director has taken her closing bow.   Sharon Peat, artistic director at New West Theatre has decided to retire.   Her work with the city’s professional company began in 2015, while she was still

Vertigo Theatre is excited to introduce Kathryn Smith as the 2019/2020 Artistic Associate.

APN is hosting an Equity, Diversity, & Inclusion Conversation in Edmonton. Share your voice with us.

Downstage is thrilled to announce their 2019/2020 Season that launches this November with Safe Site, their newest community-engagement project.  “Our 2019-2020 season is bursting with funny, poignant, heart warming plays that touch on topics ripe for discussion here in Calgary. I’m excited for our season to stir up conversation

With deep roots in the Edmonton community, award-winning company Concrete Theatre exuberantly celebrates 30 years of creating artistically excellent and culturally diverse theatre for young audiences.   “Over the last 30 years, Concrete Theatre has toured to hundreds of schools, worked with thousands of teachers, and touched the lives

CBC Calgary | October 1, 2019   After a decade-long conversation, city council has approved $22.5 million in funding for work on a major expansion of Arts Commons.   The goal of the project is to transform and expand Arts Commons, and the first phase would see three new

The Siminovitch Prize Foundation and the National Arts Centre have announced the shortlist for this year’s award in the category of directing. The jury has selected five outstanding directors as finalists for the esteemed theatre prize, now celebrating its 19thyear of honouring excellence and innovation in Canadian theatre

It is with great pleasure, the Rozsa Foundation announces the shortlist nominees for the 16th Annual Rozsa Awards celebrating Excellence in Arts Management and Board Leadership.   Selected this year by the Rozsa Awards Jury out of several exemplary nominations from across the province, these candidates are distinct in