Theatre Alberta is pleased to support CITT Alberta and the Jeanne & Peter Lougheed Performing Arts Centre by providing sponsorship for free transportation from Calgary (with a side stop in Red Deer) and from Edmonton on Sunday, January 18th for their Open House. Come see Alberta’s newest performance space –

Library: More than $750 worth of inkind donations for Gift-A-Play 2014

Thank you to everyone who donated to our 2014 Gift-A-Play Library campaign. Once again, we have been overwhelmed by your support. Below you will find a list of people from whom we have received donations. Each of these donors will have their names affixed inside the cover of their gifts indicating

Looking for that Artstrek Buzz? Apply To Be a 2015 Super! Theatre Alberta is seeking supervisor applications from previous Artstrek attendees with excellent interpersonal skills, strong leadership ability, experience working with youth, a remarkable work ethic and a well-cultivated sense of fun. Applicants must have attended Artstrek as a student, been away from

Happy Holidays from your friends at Theatre Alberta! Just a reminder that the Library will be closed Monday, December 22nd and will open again on Monday, January 5th. If you have books that you need to return during that time, our Library dropbox will be available during the following

Since there has been a theatre, there have been stagecraft elements—theatre technologies—and over the centuries both have developed and evolved in lockstep, influencing and affecting one another. ~All Stages Editor, Frazer Andrews The Winter 2014 edition of All Stages Magazine will be arriving in Theatre Alberta members’ mailboxes this week! In this issue,

Theatre Alberta’s annual Gift-A-Play campaign, in support of Canada’s largest fully-circulating, independent theatre library, is once again upon us! We are asking for your help to add to our most valuable resource. How does Gift-A-Play work? Well, we created a ‘Wish List’ on Amazon of titles that our Library would like to add

Theatre Alberta is pleased to partner with the St. Albert Children’s Theatre (SACT) and the City of St. Albert to present a special visit from Broadway musical theatre stars Pasek & Paul. Benj Pasek and Justin Paul, the Tony Award ©-nominated songwriters behind the smash hit A Christmas Story, will

The Accidental Humour Co. and their production of McCrackin 2: The Whackining by Amos Altman begins the first Picks of the Edmonton Fringe Alberta tour on November 4th. The production will tour to venues in five communities in total in North and Central Alberta, including Whitecourt, Edson, Camrose, Fort McMurray, and Daysland. This

Theatre Alberta, the Arts Touring Alliance of Alberta (ATAA) and Fringe Theatre Adventures are proud to announce the lineup for the Picks of the Edmonton Fringe tour stimlus project – Year Two! This project has been supported by a grant from the Alberta Foundation for the Arts. The following productions will tour throughout the province in 2015-2016:

Congratulations Jenn Merio of Calgary who won the Grand Prize of the Theatre Alberta 2014 Raffle (AGLC Raffle Licence #385323): The Stratford Festival Package!  After a brief hiccup, in which we thought we had lost a package of 50 ticket stubs – we didn’t after all, just an accounting error

Theatre Alberta was pleased to host its 2013/2014 Annual General Meeting on July 5, 2014 at The Club Lobby at The Citadel Theatre in Edmonton, part of Dramaworks 2014. During the meeting, Theatre Alberta members received the annual President’s Report, Treasurer’s Report, and Report from the Executive Director, as well as

PROMOTE YOUR FRINGE SHOW ON THEATREALBERTA.COM Promote your Fringe show on Alberta’s premiere online theatre listings sharing service! If you are a Theatre Alberta member and are producing a show at either (or both!) the 2014 Calgary Fringe Festival or the 2014 Edmonton Fringe Theatre Festival, Theatre Alberta wants to

Our amazing Artstrek Administrative Director (and perhaps the program’s biggest fan), Karen Johnson-Diamond recently was a guest on CBC’s Daybreak Alberta with Russell Bowers … and guess what she talked about? We were so pleased that Artstrek made the conversation, especially considering it was during Russell’s final show (on June 15th). Thank 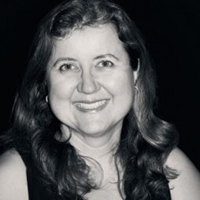 Theatre Alberta is proud to announce that Alberta Milk and Saputo are once again donating white and chocolate milk for teens attending this year’s Artstrek program. 3 dozen cases or 1,728 servings! We’d like to thank Alberta Milk and Saputo for their generous donation and continued support of the Artstrek program. Theatre Alberta is proud to ensure that

PLEASE MARK YOUR CALENDARS FOR NOVEMBER 1 AND 2, 2014. Theatre Alberta will be holding its casino at the Baccarat Casino — conveniently located in downtown Edmonton. We are looking for existing or new members to volunteer. Please contact the office and we’ll be happy to give you more information. Don’t worry

Theatre Alberta is a provincial arts service organization and registered charity that represents and serves more than 1,000 theatre artists, enthusiasts, students, educators, and community and professional theatre companies from across the province. We are dedicated to encouraging the growth of theatre in Alberta by providing the highest quality programs

Due to unforeseen circumstances, Theatre Alberta is no longer offering the Executive Assistant / Internship opportunity for the 2014/2015 year. We thank all applicants for their interest, and hope you will continue to consider future Theatre Alberta employment opportunities. Theatre Alberta is a provincial arts service organization and registered charity