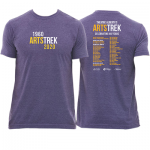 Artstrek students, alumni, and friends! Do you have your 60th Anniversary Commemorative T-Shirt yet? No? Fear not, it’s not too late! These fabulous tees list locations and plays studied at Artstrek over its long history. 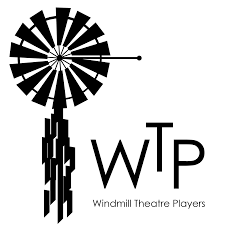 Theatre Alberta recruits leading theatre educators and working professionals from across Alberta to teach at Artstrek. Our instructors bring extensive practical and academic knowledge to the program and connect participants directly to the theatre scene in Alberta. 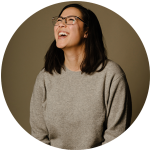 Jenna is a mixed-race director and dramaturg based in Calgary, on Treaty 7 Territory. Jenna is the founding Artistic Director of Chromatic Theatre – a company dedicated to producing and developing work by and for artists of colour. Jenna is also the Dramaturg for the Playwrights Lab at the Banff Centre for Arts and Creativity. A passionate arts equity advocate, she is a graduate of the NTS Artistic Leadership Residency, the Banff Centre’s Cultural Leadership program, and holds an MA in International Performance Research. 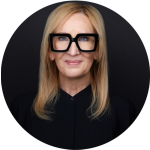 Linette is thrilled to be a part of the Astrek team this year. Smith is a theatre/improv teacher at Strathcona High school and artistic director for the Scona Alumni Theatre Co. She coaches four high school improv teams and tries to incorporate improv into each day (life is short do improv). A lifelong student of improv she is currently studying with The Upright Citizens Brigade. Select credits include: direction and choreography for the world premiere of The Killing Jar, the Edmonton premier of Lizzie the Musical (Uniform Theatre); and directing and choreography credits for Heathers, Hedwig and the Angry Inch, RENT (Edmonton Fringe); In the Heights, Les Misérables, West Side Story (Scona Theatre Co.); and Avenue Q, Chicago, Cabaret(TOWTTB). 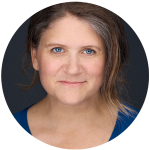 Karen (she/her) is an award-winning actor and director working in Western Canada for over 30 years. As a professional improviser, she co-founded, and is the Artistic Producer of Dirty Laundry-The Completely Improvised Comedy Soap Opera. Karen is the co-host of three different podcasts; “SCAMTIME”, “The Breakfast Dish” (with her son Griffin) and “Bridging the Gap Between Generations Who Assume Things About Each Other.” Her Film and TV credits include Heartland, Fargo, and the multi award-winning web series Abracadavers. Karen is the recipient of two Betty Mitchell awards for Outstanding Performance, as well as the Duval Lang Theatre for Young Audiences award. Karen lives in Calgary/ Moh’kinsstis with Kevin and their dog Dwayne. 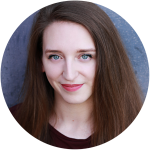 Jessica is a Calgary-based performer, choreographer, arts educator, and private music teacher. She loves working as a resident choreographer for the Youth Singers of Calgary as well as helping students from across the city to hone and discover their passion for the performing arts. She’s had the pleasure of performing across Canada, Europe, South America, and the United States. Jessica is a Betty Mitchell Award nominated performer and her recent theatre credits include Care Takers (Lunchbox Theatre); [title of show] (Birnton Theatricals); and Brave Girl (Lunchbox Theatre/Forte Musical Theatre Guild). She holds a performance diploma from Mount Royal University (Calgary, AB) and BFA from Concordia University (Montreal, QC). Jessica is thrilled to be able to work with the teams and students at Artstrek this summer and can’t wait for the fun to begin! 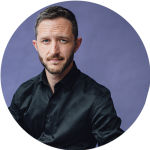 Braden couldn’t be happier to be back trekking through the arts with Theatre Alberta and all the incredible attendees at Artstrek 2021. For the past fifteen years, arts education has been a huge part of Braden’s theatre practice. He started his career with Quest Theatre, teaching with, and eventually joining the leadership team of, their Artist in School Residency program. He has taught with Evergreen and CYPT, he was youth acting coach on Theatre Calgary’s production of Billy Elliott and he has thrice been a part of the educator ensemble at Artstrek. During his not Artstrek time, he is an award-winning actor (Betty Mitchell Awards and such), a published playwright (he’s also won some awards for writing, with his writing partner Ellen Close), and a puppet maker and performer (for puppet things, he has not won awards, but his parents are very proud regardless). 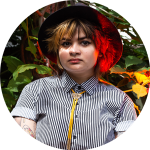 Elise (them/them/theirs) is a queer, non-binary, mixed-race artist of South African and Ukrainian descent. They primarily work as a scenographer/lighting designer, and their work in lighting has been nominated for a Sterling Award. They are currently living and creating in amiskwacîwâskahikan (colonially known as Edmonton). Their work aims to be collaborative, receptive to ongoing discovery, and supportive of new work in realized applications. Often opting to integrate layered textiles, striking light, saturated colour, and frenetic projection in a surreal fashion; their work is inspired by visual and scenographic artists alike such as Victo Ngai, Karl Klomp, Olafur Eliasson, Sanzo Wada, and Nicolas Hlobo. They hold a BFA in Theatre Design from the University of Alberta and are an associate member of Assocated Designers of Canada (ADC). 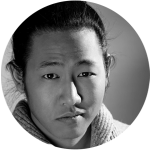 Jordan is a Chinese Canadian actor, dancer, singer, choreographer, videographer, and director. Originally from Edmonton, but now based in Stratford, ON. Jordan has been performing on stages across Canada, most recently performing at the Stratford Shakespeare festival. Selected credits include Billy Elliot, Little Shop of Horrors, Guys and Dolls, A Chorus Line (Stratford Festival); and Jesus Christ Superstar (Charlottetown Festival). Jordan has also been dabbling in the videography world specializing in filming dance. Follow him at @djmah5 and @jmah.tv 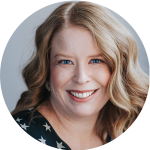 Melissa is super excited to be returning as an Artstrek instructor! She is currently a Theatre and Humanities teacher at Victoria School of the Arts, and was proud to film a production of A Midsummer Night’s Dream this year with students from grades four to twelve…what a learning experience! Past theatrical highlights include commissioning Edmonton playwright Ellen Chorley to write two pieces for us to play in, Wildwood and The World’s Circus.  Melissa loves all things that involve theatre, dance, and sharing those passions with students. She also enjoys trying new adventures; circus, gymnastics, rock climbing, and hiking to name a few. This year, coincidentally, Melissa dove into the exciting world of D & D where she killed monsters and along with her trusted friends, conquered! Now, as the true Dragon Born that she is, Melissa is ready for this adventure to begin! 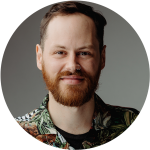 Andrew is a director, theatre maker, and teacher born and raised on Treaty 6 territory in Edmonton. He has a MFA in Directing & Creation from York University, a BA in Drama from University of Alberta, and is a graduate of the Banff/Citadel Professional Theatre Program. Andrew loves to teach theatre. He has taught at communities, universities, and schools across Canada and is a faculty member at the Foote Theatre School. He is the artistic director of Thou Art Here Theatre, an independent theatre celebrating its 10th anniversary this fall. He has performed improv across North America and is an ensemble member with Rapid Fire Theatre. He loves to cycle, is an avid hiker, and plays a lot of Dungeons and Dragons! He is thrilled to be teaching at Artstrek for the first time this summer. You can learn more about him and his theatre projects at www.andrewritchie.net. 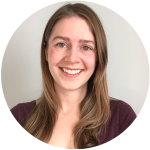 Lara is a queer performer, educator, and budding playwright. For almost a decade, Lara has taught youth with Quest Theatre’s Artist in Residency Program and Summer Theatre Camps and, in 2018, was fortunate to be an acting instructor for Artstrek.  Recent stage performance credits include: Jawbone, (University of Calgary-MFA Candidate); The Ministry of Grace (Belfry Theatre); Iceland (Theatre Calgary); We Are All Treaty People (Quest Theatre & Making Treaty 7); The Lonely Diner (Vertigo Theatre); and Sextet (Verb Theatre). For writing, Lara completed a workshop of Delayed Deliverance, a queer femme mystery/thriller, in April 2021, and last April, Lara wrote Last Seen at 12:07am with Britt van Groningen for Verb Theatre’s Blue Light Festival.  Lara is part of the producing team and an improviser with Dirty Laundry. @dirtylaundryyyc 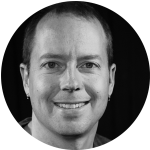 Vern is thrilled to be returning to the Artstrek team! Vern teaches theatre, music, and English at Louis St. Laurent Catholic School in Edmonton, and has also been seconded to work at the University of Alberta and Alberta Education. He holds a BMus-MusEd and an MFA in Interdisciplinary Studies (Theatre-Music). Favorite directing and musical directing credits include You’re a Good Man Charlie Brown, The Drowsy Chaperone, The Odyssey, Arabian Nights, Threepenny Opera, Urinetown, Village of Idiots, As You Like It, and Twelfth Night. 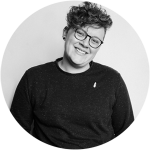 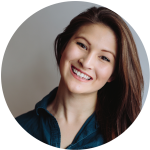 Morgan (she/her) lives on Treaty 6 territory, with family roots extending from Germany, Japan, and many more places, meeting and settling in amiskwaciwâskahikan (also known as Edmonton.) Morgan graduated from the University of Alberta’s BFA Acting Program and is an Advanced Actor Combatant with Fight Directors Canada. She has acted in many new works with various companies; select credits include Curio Shoppe, Dead Center of Town 2015, 2016 & 2018 (Catch The Keys Productions); Delay (Horizon Lab-Citadel Theatre); Glory (ATP & Western Canada Theatre, Original Cast & National Tour); GIANT (Ghost River Theatre). She is currently a Co-Artistic Producer at Azimuth Theatre. As a fight director, she has worked with high schools, university groups and professional theatres to teach workshops and to choreograph violence for productions from falls to sword fights. She is overjoyed to join the Artstrek team and to share and learn skills from all the amazing artists this summer!

Artstrek students, alumni, and friends! Do you have your 60th Anniversary Commemorative T-Shirt yet? No? Fear not, it’s not too late! These fabulous tees list locations and plays studied at Artstrek over its long history.

Morpheus Theatre is offering a full sponsorship to a student to attend Artstrek 2021! If you are interested in applying

Windmill Theatre Players are offering a full sponsorship to a student to attend Artstrek 2021! If you are interested in