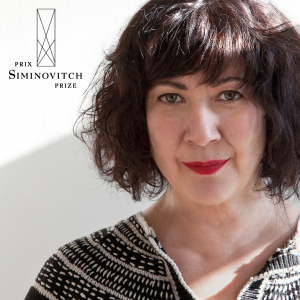 “ I receive this most generous award as a profound gesture of confidence from my peers. It reinforces my conviction that faith in one’s own artistic instincts is essential, and it encourages me to continue to invent worlds alongside artists who share this ideal with me.”–  Marie Brassard, winner of the 2022 Siminovitch Prize

One of the most exciting and fearless theatre directors in Canada right now, Marie Brassard has a powerful artistic voice and works at the highest level of technical accomplishment. In 2016, she was decorated with the Order of Arts and Letters of Quebec, an honorary distinction highlighting her exceptional contribution to the Quebec artistic community. She is the artistic director of the Infrarouge production company. Marie’s shows have been presented and enthusiastically received in many countries in the Americas, Europe, Japan and Australia.

“The jury remarked on the theatrical poetry of Marie Brassard’s work, on its richness and multi-dimensionality,” says 2022 Siminovitch Prize Jury Chair Guillermo Verdecchia. “Marie’s work is simultaneously dream-like, ethereal and immediate, visceral and compelling. She is renowned for her long and patient development of work, for deep listening and for bringing out the best from her collaborators.”

The awards were announced earlier this evening following a documentary screening showcasing the artistry of the 2022 Siminovitch Prize finalists: Marie Brassard, Ravi Jain, Ann-Marie Kerr and Sherry J. Yoon. This year’s digital broadcast presented theatre audiences and artists with the opportunity to learn and be inspired by some of the most exceptional theatre artists of our time. A total of $115,000 was awarded: $75,000 to the Siminovitch Prize Laureate, $25,000 to the Siminovitch Protégé, and $5,000 to each of the shortlisted artists. 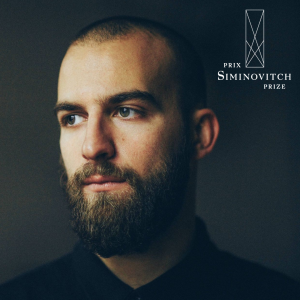 The Siminovitch Prize recognizes the importance of mentorship and developing talent; the Laureate receives $75,000 and selects an emerging artist to receive the $25,000 Siminovitch Protégé Prize. Brassard has selected Philippe Boutin, a promising Montreal-based director, actor, author, and teacher, as the 2022 Siminovitch Prize Protégé.

“Personally, I’ve always believed theatre to be a condensed version of life. A glut of emotion and vibrancy. I would like to thank Marie Brassard for championing my artistic approach and for giving me this big dose of courage.” – Philippe Boutin, 2022 Siminovitch Prize Protégé

Philippe Boutin quickly distinguished himself as a creator to watch with his first ambitious plays: Détruire, nous allons, a large-scale show featuring forty actors on a football field, and Le Vin Herbé (2016 Prix Opus, Discovery of the Year), an epic opera-theatre piece with a cast of nearly seventy artists, presented at Arsenal Montreal. In 2018, he founded Empire Panique, the company that has produced his most recent creation, The Rise of the BlingBling– , a mystical pop retelling of the Jesus Christ figure. The show premiered at Usine C, where Philippe was an associate artist, in May 2022.

“Through RBC Emerging Artists, we support organizations that provide the best opportunities to advance an artist’s career trajectory,” said Mark Beckles, Vice-President, Social Impact & Innovation, RBC. “The efforts of the Siminovitch Protégé Prize provides much needed opportunities for diverse emerging artists to be mentored, recognized, and exposed to new audiences. We’re proud to support this annual prize and want to congratulate both artists on this outstanding recognition.”

“We congratulate Marie Brassard, Ravi Jain, Ann-Marie Kerr, Sherry J. Yoon, and Philippe Boutin. Each of these exciting directors is igniting imaginations, challenging ideas, and fostering community. We thank these groundbreaking artists for feeding our hearts and minds, and we look forward to witnessing the significant contributions they will make to the art form for years to come.”- George Thomson, Chair of the Siminovitch Prize Foundation Board of Directors