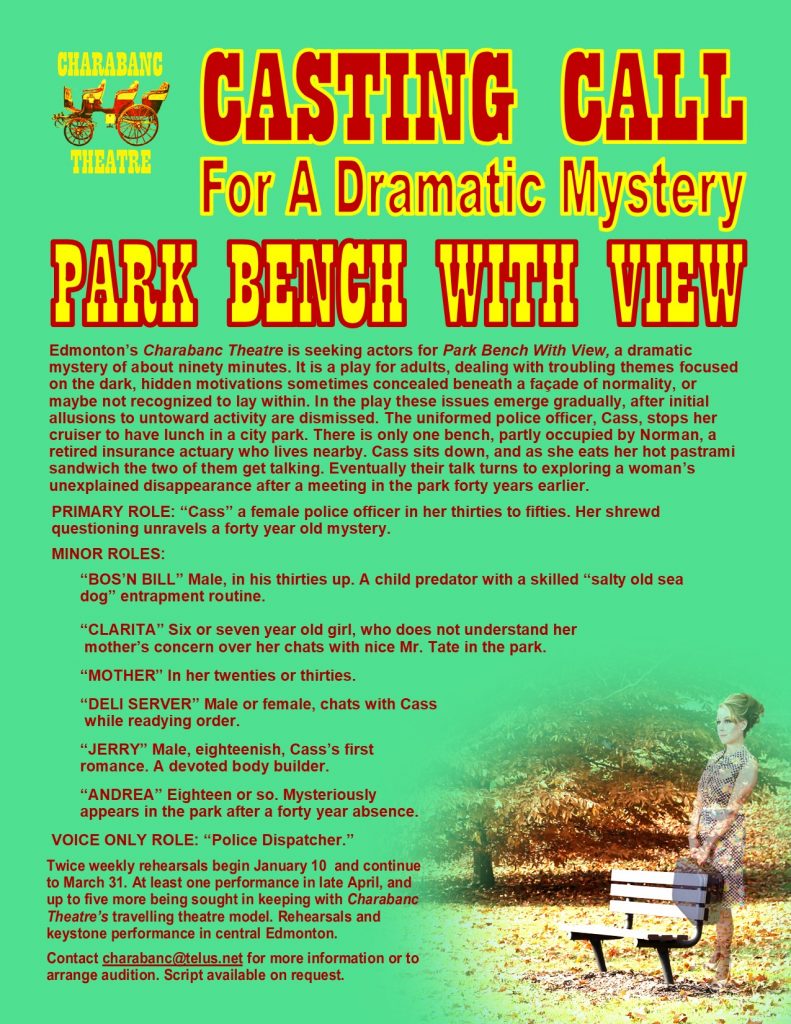 CASTING CALL
FOR A DRAMATIC MYSTERY

Edmonton’s Charabanc Theatre is seeking actors for Park Bench With View, a dramatic mystery of about ninety minutes. It is a play for adults, dealing with troubling themes focused on the dark, hidden motivations sometimes concealed beneath a façade of normality, or maybe not recognized to lay within. In the play these issues emerge gradually, after initial allusions to untoward activity are dismissed. The uniformed police officer, Cass, stops her cruiser to have lunch in a city park. There is only one bench, partly occupied by Norman, a retired insurance actuary who lives nearby. Cass sits down, and as she eats her hot pastrami sandwich the two of them get talking. Eventually their talk turns to exploring a woman’s unexplained disappearance after a meeting in the park forty years earlier.

Twice weekly rehearsals begin January 10 and continue to March 31 with some breaks.
From 7 p.m. to 9 p.m. unless otherwise arranged.
Rehearsals and keystone performance in central Edmonton.
At least one performance in late April, and up to five more being sought in keeping with Charabanc Theatre’s travelling theatre model.
Contact charabanc@telus.net for more information or to arrange audition. Script available on request