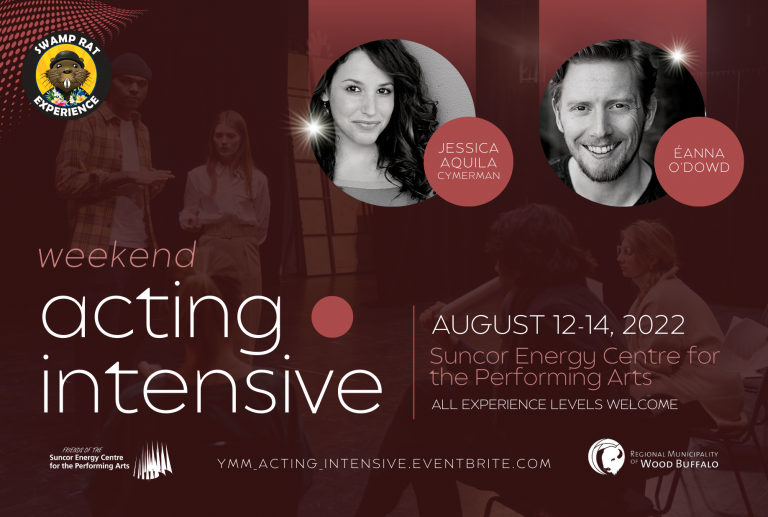 About This Event
Focusing on building backstory, creating a character, text analysis techniques, and exercises in spontaneity toward truthfulness in scenes – this weekend intensive will help you own your choices and grow as an actor!

Registration for this intensive closes on August 8, 2022 at noon.

Join theatre artists Éanna O’Dowd (Galway, Ireland) and Jessica Aquila Cymerman (Los Angeles, US) as they guide and instruct you in employing established acting techniques. The goal is to strengthen your craft, helping you own your choices in the scene and specify the characters you build. Scenes will be worked toward achieving specificity, based on constructive adjustments from the instructors.

Actors will be given a monologue or scene a week prior to the intensive to prepare their character and scene choices. After presenting, actors will be given feedback and notes to work on, for presentation again the next day of the workshop. If they are only attending one day of the weekend, they will be able to work again on the scene after notes.

Before the Intensive
You will be asked to submit a tape of yourself performing prior to the intensive. This is done to help the facilitators to get an idea about “who you are” as an actor, and what scenes/monologues would be most helpful to you during the intensive. The texts you will work with during the intensive will be chosen to best suit the participants’ needs depending on what would most help you in your learning and development.

Details on how to create a self-tape will be sent out prior to the intensive.

The Intensive will be led by Éanna O’Dowd (Galway, Ireland) and Jessica Aquila Cymerman (Los Angeles, US) through their theatre company Untold Wants, based out of Vancouver, BC. Aquila Cymerman has extensive directing experience and holds a BA from Sarah Lawrence College and MA in Directing from the Royal Conservatoire of Scotland, with additional training from Shakespeare’s Globe, UK. O’Dowd is an actor and producer with stage credits including National Irish tours of Vernon God Little and The Dead School, and Film/TV credits including Limetown, The 100, The Exorcist, A Series of Unfortunate Events, Stitches and Cherry. He holds an MA in Acting from the Royal Conservatoire of Scotland.