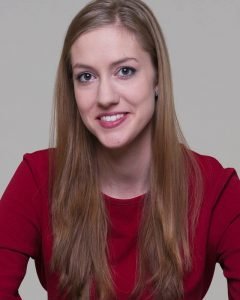 “It is my great pleasure to welcome Lauren as the new Artistic Director for Walterdale Theatre,” said Board President Sally Hunt. “Lauren’s enthusiasm and passion for theatre, coupled with her diverse creative experience, make her an excellent artistic leader for our theatre. I’m excited to see where she takes us through the next two years.” Tamke’s first task as artistic director will be to choose the plays for the Walterdale 2022-2023 Season. A submission call for interested directors and collaborators from the community will be released shortly.

ABOUT LAUREN: Lauren Tamke is an Edmonton-born artist who has developed her skills through experiences as a learner, participant, and leader in both independent and professional theatre and film projects. Lauren holds a Diploma in Film and Video Production (SAIT), a Bachelor of Arts in Psychology with a Minor in Drama (Concordia University, Edmonton), and a Master of Science in Occupational Therapy (University of Alberta). Over the past two decades, Lauren has directed for and performed on many Alberta stages, including Edmonton, Leduc, Devon, St. Albert, and Red Deer. After recently returning to Edmonton, Lauren is delighted to work intimately with Walterdale Theatre, curating upcoming seasons.

Away from the theatre, Lauren works part-time as an occupational therapist and freelances in the local film community in a number of different roles: producing, editing, writing, performing, and directing. Most notably, Lauren was the production coordinator on The Nature of Invention, an episode of the long-running CBC television show, The Nature of Things. Lauren’s recent film projects include directing a short film, recently selected for the Toronto International Women Film Festival, directing an experimental theatre documentary using the text of Macbeth, and recurrent employment as production coordinator at two Edmonton film production companies.

Lauren’s previous experiences with Walterdale Theatre as a performer (The 39 Steps and Queen Milli of Galt), as a director (Boeing Boeing), and as an audience member have demonstrated to her the unparalleled loyalty and talent of Walterdale’s volunteer base which Lauren considers a privilege to have the opportunity to serve. It is Lauren’s hope through her time as Artistic Director to give the chance to both novice and seasoned directors to explore new fronts, promote a community of inclusivity & safety, and bring to life powerful and resonant stories that evoke laughter, joy and thoughtfulness in audiences and ensembles alike.

ABOUT WALTERDALE THEATRE: Walterdale Theatre, at 60 years old, is one of Western Canada’s oldest amateur theatre groups. With the exception of a paid part-time Administrator, Walterdale Theatre is operated entirely by volunteers with a love of theatre. Members of any age and background have the unique opportunity to participate in all aspects of live theatre. We do it for love, not money.