Auditions (Edmonton): The Immaculate Perfection of F**king and Bleeding in the Gender Neutral Bathroom of an Upper Middle-Class High School – BodyCube Arts Collective

Auditions (Edmonton): The Immaculate Perfection of F**king and Bleeding in the Gender Neutral Bathroom of an Upper Middle-Class High School – BodyCube Arts Collective 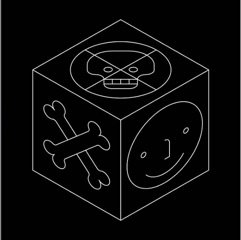 Casting The Immaculate Perfection of F**king and Bleeding in the Gender Neutral Bathroom of an Upper-Middle Class High School
by Daniel Halpern (they/them)
Directed by David Woroner (he/him)
Stage Manager Liz Page (she/her)
Produced by BodyCube Arts Collective at the Edmonton Fringe Studio Theatre
Performances June 29th – July 9th (1st rehearsal May 23rd)
Non-Union Production, Performers will be compensated in accordance with Indie 2.2
We acknowledge the support of the Canada Council for the Arts.

About the Play
The Immaculate Perfection… revolves around the final year of high school for a group of students who spend their time smoking, crying, and touching each other in the gender neutral bathroom. After a trans-senior conceives a baby despite her being a virgin, the adolescents are made to reassess their priorities, friendships, and what safety means to them.

Notes on Casting
Given the nature of the play, we aim to create an explicitly queer environment in the name of queer values, such as open lines of communication, the safety and security of exploration, and the unabashed acceptance of everyone involved.

Alex (they/them): “Loves everybody desperately, Sees the best in almost everybody, high school senior”
Seeking a non-binary performer to play between the ages of 17-18
They are a character of many contradictions, extremely trusting and resentful,
sure of themselves, unsure of their place in the world, like a strong mast on a
rickety ship. Even though they feel like they don’t know much, everyone goes to
them for advice.

Jacques (he/him): “A jock, openly gay, closeted homophobe, high school senior”
Seeking a performer to play between the ages of 17-18
Jacques is a jock with a gentle soul. He is in a somewhat one-sided relationship
with Jack. His understanding of himself is often in flux, as he often feels like he is
little more than his body. He doesn’t want to be gay, he just wants to be a man
who f**ks other men.

Minnie (she/her): “Deals whatever you need, grew out of that whole God phase, high school senior”
Seeking a performer to play between the ages of 17-18
Minnie is the quintessential child of divorce, trying to figure out her own identity separate from the one her
parents set out for her. She is the popular kid, the cool drug dealer, and she wants everyone to forget what she
was like before high school.

Nat (she/her): “A virgin and pregnant, high school senior”
Seeking a trans-femme performer to play between the ages of 17-18
While she prefers sticking to the periphery, Nat finds herself in the centre of the
rumour mill for the second time throughout her high school career. She is fiercely
loyal and hopeful, but naïve. She is most the self assured of all her peers, and is
waiting for everyone else to catch up.

Tory (he/him): “Janitor, extremely protective of the students, grieving and has been for a long time”
Seeking a performer to play between the ages of 40-50
Tory is the fly on the fall janitor who spends his days watching the students grow
and learn. Following the loss of the two great loves of his life, he wonders if he’ll
ever feel held again. He handles his pain with humour and care, and passes that
care to the next generation.

Please submit headshots and resumes, and let us know what roles you want to be considered for by emailing [email protected]. Auditions will be held on April 8 and 9 by appointment at The Playhouse, or on April 10 and 11 via Zoom. Please specify whether you would like to be considered through an in-person audition or via Zoom and we will send you a sign-up sheet with times provided.

Please feel free to get in touch with any questions about the production!