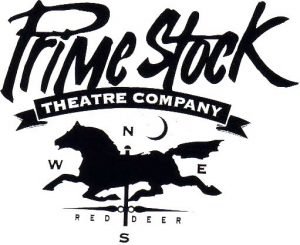 Prime Stock Theatre in Red Deer will be hosting auditions for two of our coming projects.

The first will be this year’s Bard on Bower Festival in July, which will include: A Midsummer Night’s Dream directed by David Owen, Richard II directed by Richard Beaune and our smaller touring show Bard in a Box directed by Ash Mercia.

In the fall we will also present a new translation of Pierre de Marivaux’s The Game of Love and Chance. If you have an interest in any of these projects, please send a letter of interest and resume to Richard Beaune at ad@primestocktheatre.com by April 1st.

Our first round of auditions will be self-taped and may be followed by callbacks. We are particularly interested in developing an ensemble who will help us to reflect the rich diversity of our community, including differently abled performers and actors who have been overlooked in the past because of gender, ethnicity, or simply not looking like actors who have traditionally played these roles in the past. Equity and non-Equity artists are encouraged to apply. Equity artists will be engaged under the Festival Policy for the Bard on Bower Festival and under the DOT Policy for The Game of Love and Chance. Preference will be given to those who are local to Central Alberta.