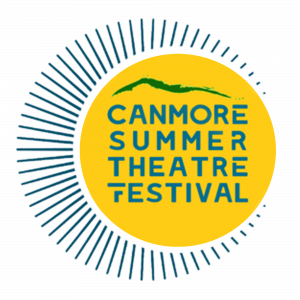 The Canmore Summer Theatre Festival (CSTF) is an annual outdoor theatre festival. A unique aspect of the CSTF is that volunteers from Pine Tree Players perform alongside and learn from theatre professionals and emerging artists.

This year, the CSTF team is proud to present Rosencrantz and Guildenstern are Dead by Tom Stoppard directed by Alex Berry and The Emperor’s New Clothes by Hans Christian Anderson and adapted by Timothy Mason, directed by Tyler McClaron. Performances will take place outdoors at the Stan Rogers Stage in Centennial Park, Canmore.

Auditions will take place February 27 and March 6 on Zoom and callbacks will be March 13 in Canmore, AB.

The dates of the festival are as follows:
Rehearsals – start April 10, Sundays 10AM-6PM; Tuesdays and Thursdays 6:00-9:00PM
Tech Rehearsals – July 9-12
Festival Run – The Festival Run is July 13-24, with performances of The Emperor’s New Clothes at 1pm and Rosencrantz and Guildenstern are Dead at 7pm. There will be no performances on July 18 and 19.

Please visit form.jotform.com/pinetreeplayers/cstf-audition and fill out the online form to register for an audition.