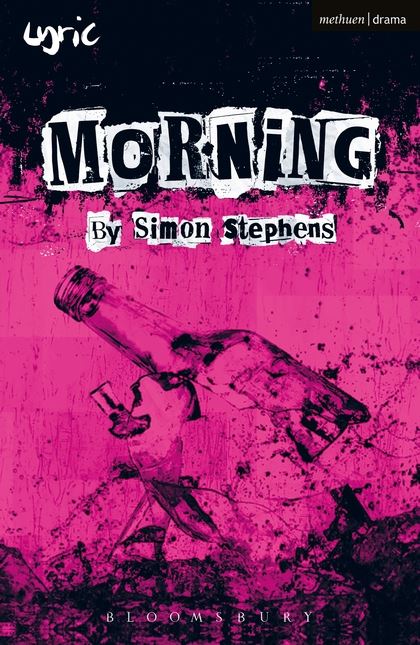 “Morning, the new play by Simon Stephens, is not just a play that enforces Stephens’s reputation as one of the most contemporary writers of our generation, but also – we hope – a palpable shift in writers and directors’ understanding that writing for young people is not seen as a lesser art.”
Jake Orr, 2012

There is intense sexuality and violence in this piece, as well as explicit language. As such, the characters of Stephanie, Cat, and Stephen will be played by performers over the age of 18. An intimacy coordinator will be at any rehearsals that require the blocking of scenes that feature violence and sexuality.

It’s the end of summer. Two friends are about to go their separate ways, but they will always share one shocking moment. A moment that changes them forever.
Stephanie’s best friend is leaving for university this upcoming Friday. She is willing to do anything to make Cat stay home. Her final decision is to kidnap her own boyfriend, sexually assault him, and eventually murder him, with Cat as her accomplice. Stephanie goes on with her day to day life after Cat departs, and deals with her own nihilism.

AUDITION INFORMATION: *note anyone auditioning will need to have proof of vaccination.
The audition will consist of a cold read from the script with a member of the production team, and a short interview that will take place over Google Meets. The time slots will be 15 minutes long.

SUBMISSIONS:
Please submit a clear & recent photo of yourself, an outline of your previous performance experience (though no experience is necessary), and any dates that you are unavailable between the start of rehearsals and closing night to mikaylee.boutin@outlook.com. Include the character you’re interested in within the body of your email. You will receive a copy of the script upon submission. Rehearsal dates and times will be determined depending on the schedule and availability of performers and technicians.

Successful applicants will be contacted and provided with sides and further details.

Morning’s creative team is dedicated to inclusivity and representation of all ethnicities, genders, abilities, and orientations. We want to see people as they are, and require no prior acting experience. New performers, young performers, and confident performers are welcome. As such, we encourage anyone to apply!

CHARACTER DESCRIPTIONS:
Characters’ given names will be changed to the given name of the actor playing each role.
Only those above the age of 18 will be considered for the roles of Stephanie, Cat, and Stephen.

Stephanie(17)– a needy, compulsive, and manipulative liar, whose anger gets the better of her. Nihilistic. Dating Stephen. Cat’s best friend. She sees the world more negatively than her peers. She finds pleasure in the discomfort that she creates with her selfishness, and she has no regard for human life and death.

Cat(17)– Stephanie’s best friend who is heading off to University. Naive, judgemental and spoiled. Acts cooler around Stephanie than she really is, as she wants to fit in with her. As equally evil and nonchalant as Stephanie, feeds into her nihilism.

Stephen(17)– STRONG MOVEMENT SKILLS PREFERRED. Stephanie’s boyfriend. Playful, funny, and charming, but not very cool. He ends up getting murdered in a cruel game that Cat and Stephanie play against him.