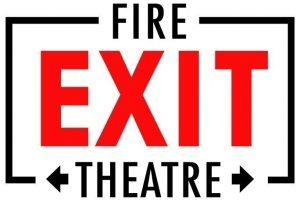 Fire Exit Theatre is seeking actors for their April production of Salem’s Auto by Alithea Davis. Directed by Edward Ogum.

Salem’s Auto is a peek into the world of Ozzie, a retired immigrant who is in a stage of his life where he feels he’s earned a seat to sit back and watch the world go by. However, his fragile peace is interrupted by his wife who wants to see more of the world, his DIY nature and the niggling feeling of lack of voice and purpose beyond himself. Ozzie’s simple story demonstrates how external and internal conflicts coupled with an unresolved past, enables him to begin to peel away and discover his divine purpose and calling: contributing to community building and filling of others in need by stepping up and out in practical ways.

Sides will be sent in advance. Please bring resume and current headshot.

Identify which role you wish to audition for.

We will be auditioning for the following roles:

LILA LEE-VILLA: Ozzie’s wife 60’s, female. Canadian immigrant; Asian. Would like to hear an accent. Honest, gracious, generous, sassy. Presents a pleasant demeanor but not far beneath it is a deep frustration and even fear at OZZIE’s complete lack of initiative in his retirement.

MEL: Male 40-55 year old. Owner of Salem’s Auto. A family man, who has become a pinnacle of community amongst his customers due to his generous heart and honesty. He is protective of his shop, his craft and his time.

DARIUS: Male 15-16 year old. Sensitive, wayfaring, Canadian student, struggling to find place in the world. Mother has recently died, and he’s left with his stepfather. He is not so jaded yet by his circumstances and has a sweet innocent nature.