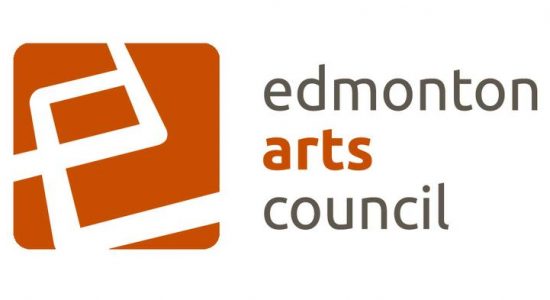 “We are proud to recognize these 20 outstanding artists whose diverse perspectives and practices help make the Edmonton region a vibrant and exciting place to live,” said Sanjay Shahani, Executive Director of the Edmonton Arts Council. “Supporting the careers of artists like our 2021 recipients, is foundational to the growth of our arts community, fostering an exciting ecology of creation and expression.”

“Congratulations to this year’s recipients,” said Martin Garber-Conrad, CEO of Edmonton Community Foundation. “We look forward to watching these artists’ careers grow as they continue shaping our city through their creativity.”

The Edmonton Artists’ Trust Fund (EATF) recognizes an artist’s work and contribution to the community. The $15,000 awards provide financial stability for artists to renew, develop, create or experiment. These awards are supported by the proceeds from the Edmonton Artists’ Trust Fund, held by the Edmonton Community Foundation. In 2017 the Eldon and Anne Foote family fund began making contributions directly, to allow for an increased value and number of awards. This stands now at $120,000 annually, committed through 2021.

More information about the Edmonton Arts Council’s grants and award programs can be found at: grants.edmontonarts.ca.

Cayley Thomas (she/her) is an award-winning musician, actor, and video producer. From her early performances at The Citadel Theatre, to her nationally lauded 2020 album ‘How Else Can I Tell You?’ and recent foray into music video production, Cayley has shown time and time again her commitment to producing high-quality, culturally-impactful art. Her creative practise is one that aims to honour all aspects of the human experience through curiosity, compassion and collaboration.

Dwayne Martineau (he/him) is a visual artist, musician, composer and writer. His work explores forests, non-linear time, and the physicality of light through installation and lens-based media. Dwayne is a member of Frog Lake First Nation, with an Indigenous/settler heritage and rural/urban upbringing. From this liminal perspective come playful, animistic, surreal examinations of the spaces between worlds, where we are all outsiders.

Ellen Chorley (she/her) is a playwright, producer and arts educator. She is the Festival Director of the Nextfest Arts Company and teaches playwrighting and acting at the Foote Theatre School at the Citadel theatre. Ellen was named one of Edmonton’s Top 40 Under 40 in 2013 and this past June, Ellen was awarded the Alberta Literary Award for Drama for her play “Everybody Loves Robbie”. With a strong thread of feminism and body positivity woven through her work, Ellen endeavours to be a voice for encouragement and empowerment for young artists and audiences alike.

Emily Riddle (she/her) is nehiyaw and a member of the Alexander First Nation in Treaty 6. She is a writer, editor, public library worker, and researcher. Emily was shortlisted for the 2020 CBC Poetry Prize and selected for the 2021 Writers’ Trust of Canada mentorship program. Through this mentorship, she recently completed her debut poetry manuscript. She is currently working on a non-fiction manuscript about Treaty feminism and a time travel novel centering queer narratives of the fur trade.

Erin Pankratz (she/her) was born in Inuvik, Northwest Territories, grew up in Fort Smith and moved to Edmonton, where she currently lives and works. Her body of work includes contemporary mosaics, public art, murals, commissions, and collaborative projects. A two-time recipient of the Innovation in Mosaic Award from the Society of American Mosaic Artists, she is a frequent guest artist, instructor, and lecturer. She has exhibited in France, Italy, Japan, Argentina, Brazil, Australia, Canada, and the United States. In addition, she co-founded Red Knot Studio, which specializes in public art and site-specific projects.

Frederick Kroetsch (he/him) has worked as a reporter, camera operator, host, director, TV producer, and he currently runs Catapult Pictures with his wife Rebecca Campbell. He has created dozens of projects that range from comedy web-series to feature-length documentaries. He is currently nominated for two Alberta Rosie Awards: Best Screenwriter Unscripted under 30 Minutes and Best Cinematographer Unscripted over 30 Minutes.

Gabriel Molina (he/him) is a visual artist with a lens-based practice, producing digital prints, video and GIF works, and multimedia installations. He graduated from the University of Alberta in 2013 with a BFA in Fine Arts and graduated with an MA: Fine Art from the Chelsea College of Arts in London, England in 2015. He has exhibited work throughout Edmonton and London, England, with residencies at the Banff Centre for the Arts and ArtsIceland. Gabriel’s upcoming solo exhibition will be at Latitude 53 in 2022.

Layla Folkmann (she/her) is an internationally recognized mural artist and painter. For over a decade, she has dedicated her practice to socially and culturally engaged public art as part of LALA (Lacey & Layla Art) while fostering a passion for portraiture, realism and the representation of compelling characters. Layla is currently designing and building her own self-sufficient tiny house and maintains a full-time studio practice.

Madhan Selvaraj (he/him) brings over 10 years of experience in the arts and culture sector as an arts administrator. He is a pioneer in the local arts scene and is the Founder and Executive Director of Edmonton Movie Club and India Film Festival of Alberta with the mandate to bridge cultures through cinema. He is currently directing a documentary titled “OH Canada” to address racism and systematic bias.

Makram Ayache (he/him) is a community-engaged artist and educator. His playwriting explores representations of queer Arab voices and aims to bridge interlocking political struggles to the intimate experiences of the people impacted by them. Ayache is the 2020 PGC Tom Hendry recipient for “Harun” and the 2021 runner up of the Wildfire Playwriting Contest for his play “The Hooves Belonged to the Deer.”

Melissa-Jo Belcourt (MJ) (she/her) comes from a rich Métis ancestry and possesses a wealth of cultural skills, acquired from Métis and First Nation Elders and Knowledge Holders throughout northern and central Alberta. Her passion lies in her cultural heritage where she continues to research to find better understanding of her ancestral legacy. Additionally, MJ is a certified Native Cultural Art instructor, and most recently worked as Indigenous Art Consultant for Fort Edmonton Park and Indigenous Curator for the Edmonton Public Library. In 2019, MJ served as an Indigenous Artist in Residency with the City of Edmonton.

Nasra Adem (they/them) is a queer Oromo/Somali multidisciplinary artist. They are the founder of Black Arts Matter and a former Youth Poet Laureate of Edmonton. Their latest work includes their EP “Salve”, a unique blend of herbal medicine, genre bending poetics and bass driven sound. And DNAPLAY; a veneration of Black queer routine as ritual through storytelling, film, movement and music premiering February 2022. No matter the form it takes NASRA’s he(art)work continuously centers the joy, autonomy and freedom of Black/Indigenous Peoples everywhere.

Natahna Bargen-Lema (she/her) is a queer writer, graphic designer, and the co-founder of the women-run, digitally focused publishing house, Party Trick Press. She is passionate about revolutionizing the eLiterature experience by centering unique perspectives in fresh and surprising ways. Natahna has been published in a variety of outlets, including The Financial Diet, Metatron, Soft Magazine, Hello America Stereo Cassette, and Alberta Views. She is also the author and co-author of the poetry collections Modern Madonna and Prairie Girl Collective, respectively.

Sherryl Sewepagaham (she/her) is Cree-Dene from the Little Red River Cree Nation in northern Alberta and resides in Edmonton. She is a songmaker and hand drum singer, which inspires the music she creates. She is also an elementary music educator, choral composer, and music therapist, and has spent her career focusing on Indigenous music. Sherryl is passionate about sharing the Cree language in many facets of her work and study and is dedicated to composing in the Cree language, sharing the beauty of the language with both children and adults.

Steven Teeuwsen (he/him) is an artist, designer, and curator. As a curator, Steven has created and worked with numerous important local projects, including being the founding editor of Notebook Magazine, working as the Visual Arts Curator for the Nextfest Emerging Arts Festival, and now as the director of Lowlands Project Space. Lowlands, which opened in the summer of 2020, is a unique artist-run space which has been a crucial venue for visual artists during the pandemic. Through his continued dedication to these curatorial projects Steven provides opportunities and mentorship to emerging artists from Edmonton and beyond.

D’orjay The Singing Shaman (Tiffany Jackson, she/they) is passionate, vocal, and committed to bringing diversity and inclusiveness to country music. She colours outside the lines with anthemic, bold blues, honky-tonk and rock-flavoured roots with a distinct queer, Black twist. A self-described late bloomer, at 35 she grabbed the mic, releasing her critically acclaimed debut, New Kind of Outlaw. D’orjay has been nominated for 2021 Breakout West Country Artist of the Year, had the title track featured on Hockey Night in Canada, has been a featured artist on Proud Radio Country and Color Me Country on Apple Music Radio, reviewed/mentioned in Rolling Stone Country and spent multiple weeks on the Alberta’s CKUA Top Ten chart including two weeks in the #1 spot.

Yong Fei Guan (she/her) is a Chinese-Canadian artist and a mother of two daughters. She explores multicultural identity, politics, and their relationship to environmental issues in her work. Guan utilizes a multitude of different mediums, from watercolour to single-used plastic. Her recent large installations, including 塑胶狮Su Jiao Shi, a pair of contemporary Chinese guardian lion sculptures created from household plastic waste, have garnered a great deal media attention. Guan is currently conducting a research-creation project exploring eco public art through the Master of Fine Arts program at the University of Alberta.