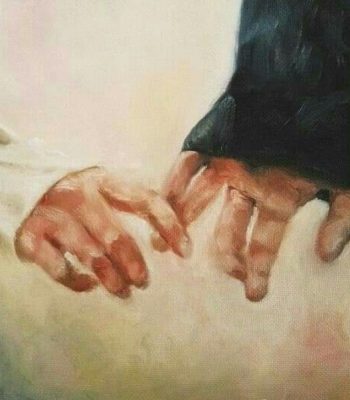 Polly Teale’s literary re-imagining of the turbulent lives of the Brontë sisters portrays the women from childhood to death, weaving back and forth in time. In 1845, their brother, Branwell Brontë, returned home to Haworth, in disgrace, having been dismissed from his employment following an affair with the mistress of the house. As their brother descends into alcoholism and insanity, his sisters, Anne, Charlotte and Emily, attempt to keep the household together and protect their father, Patrick. In the midst of chaos, they write more furiously than ever before. Their journeys and engagement with their characters offer a glimpse into the states of mind of the sisters during this time. Each feels tortured and ill-at-ease in their own way, as they struggle to align their literary creations with real life. With a certain amount of mystery surrounding the artistic legacy of the Bronte sisters, Polly Teale’s interpretation of their fractious relationship and tortured ambition presents a glimpse into the lives of three of Yorkshire’s most famous authors. This is a play about make-believe, about art, about the power of the imagination to transcend time and place and allow us to survive in ways we could never achieve in reality.

If you have any questions, please don’t hesitate to reach out!

Charlotte Brontë: (played by performer aged 26-35)
Ambitious and passionate. Charlotte’s dream is to be “forever known”. She thrives on validation from others, and without it she is lost and lonely. She has learnt how to play the game in a system not built for women (it was her idea to publish under male pseudonyms). She holds herself with confidence, but she often doubts herself. She feels in competition with Emily, but is even more passionately jealous when it comes to her Brother, Branwell. Charlotte writes what she isn’t allowed to say. Her fixation with lust and sex could not be realized in truth – so she realized it in fiction.

Emily Brontë: (played by performer aged 24-30)
The rebellious middle child. Emily will not wear corsets or petticoats, she would not become a governess, a caregiver or a wife; she refused to squeeze herself into a role dictated by other people’s needs. She spends most of her time alone on the moors and prefers the company of animals over people. Emily never wanted to publish her writing (and never forgives Charlotte for doing so). Her writing is a private act – a way to escape and create without social constraints or expectations. She is angry for existing in a broken world, because of this, she’d rather remain unknown.

Anne Brontë: (played by performer aged 22-29)
Responsible, perceptive and dutiful. Of all the siblings, Anne resembles her father the most. She is the only one of the siblings that’s ever been a suitable governess and understands the power of teaching. As the youngest, she voluntarily lives in the shadows of her siblings. A good listener and very observant, Anne developed a strong social perspective. Much of her writing is more of a social document; a tool to expose injustice and bring change.

Branwell Brontë: (played by performer aged 25-31)
A charming but reckless boy, Branwell grew up with the world at his feet. A visual artist in his own respect, but unfortunately never able to reach his full potential, he becomes plagued by his failures. He is paranoid about never being enough, and therefore has decided to self-sabotage. The crushing weight of his family’s expectations have left him dependent on alcohol and opiates for comfort and escape. With his addiction comes hallucinations and nightmares. In the worst of times, he takes out his anger on the only people who will continue to forgive him and love him unconditionally: his sisters.

The performer playing Branwell will also appear as Heathcliff from Wuthering Heights and Arthur Huntington from The Tenant of Wildfell Hall.

Patrick Brontë: (played by performer aged 50-65)
A determined Irishman who spent the early years of adulthood studying to escape the poverty he was born into. Patrick is a teacher, author and devoted to the Church. A stern father with extremely high expectations for his children (especially Branwell). He is a man of reputable status and takes his responsibilities very seriously. A stoic but passionate man who spends his days concealing a heavy heart. After experiencing an unbearable amount of grief in his lifetime (outliving his wife and all six of his children), Patrick has found a strength that enables him to continue on with grace.

The performer playing Patrick will also appear as Mr. Heger (a teacher at the school in Lacanshire where the sisters were students), Arthur Bell Nicholls (Charlotte Brontë’s husband) and Rochester from Jane Eyre.

Bertha: (played by performer aged 20-30)
Famously known as the “madwoman” from Jane Eyre. Bertha is tethered to her creator, Charlotte. Bertha is Charlotte’s fantasy of herself: beautiful and desired. As the play moves forward, she becomes an expression of Charlotte’s sexual longing, rage, frustration, abandonment and loneliness. All qualities Charlotte tries to conceal from others, but Bertha won’t let her. Bertha is one of literature’s most misunderstood, isolated and villainized character. She is everything the Victorian woman is not allowed to be. In this play, Bertha lives in the world of the imaginary. This is a physically demanding role.

Cathy: (played by performer aged 19-25)
The wild and strong-willed protagonist from Wuthering Heights. In this play, Cathy shows up at the end of her life: delirious and desperate. She is tortured by the choice she made to favor wealth and status over her natural affinity with the untamed and uncivilized. She is trying to reconnect to her childhood, before she was tainted by society. She desperately wants to be free and innocent. Cathy is an extension of Emily’s fears: the fear of being neutered and being destroyed by conformity. In this play, this character jumps between the world of Wuthering Heights, as well as haunting her creator in reality.