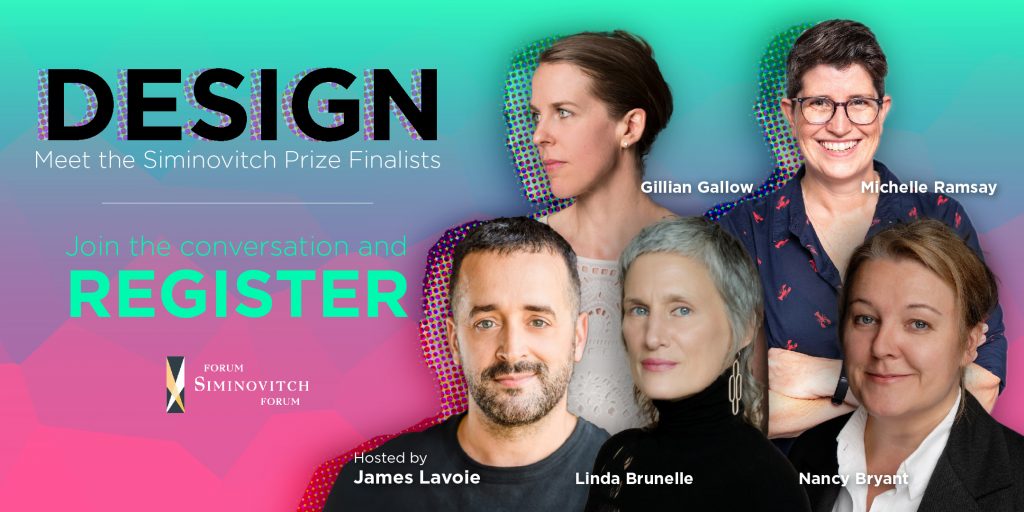 These groundbreaking designers are vying for the largest theatre prize in Canada. Join host James Lavoie for a conversation with the 2021 Siminovitch Prize finalists about their work and the future of theatre design. Find out for yourself what makes them so impressive.

Linda Brunelle has created costumes for theatre, opera, dance and the universe of circus. Through an interdisciplinary approach which combines theatre, performance and visual arts, Linda explores the symbolic discourse of the body in space and the potential of expression of matter by itself, as well as the form it might take.

Nancy Bryant is an established costume designer living in Vancouver and works widely designing for dance, theatre, opera, and television. Nancy’s approach to costume design has been influenced by her visual arts background and her work with innovators and groundbreakers including Morris Panych, Kim Collier, and Jonathon Young to name a few.

Gillian Gallow has designed close to ninety productions across Canada from new plays to opera, in small independent theatres to the largest stages in the country. Most notably she designed costumes for the Canadian Opera Company’s world premiere of Hadrian in 2018 and for Louis Riel in 2017.

Michelle Ramsay is an award-winning lighting designer who has created designs for dance, theatre, and opera companies across Canada and around the world. The evolution of Michelle’s unique aesthetic can be seen throughout her 20-year career on the spectrum between small, independent shows and large-scale productions.

Host James Lavoie is a Montréal based set and costume designer for theatre, circus and other live events. He has designed over 100 productions that have been experienced by live audiences in over 20 countries across five continents. James is currently the artist in residence in the set and costume design program at the National Theatre School of Canada for the 2021/22 academic year.