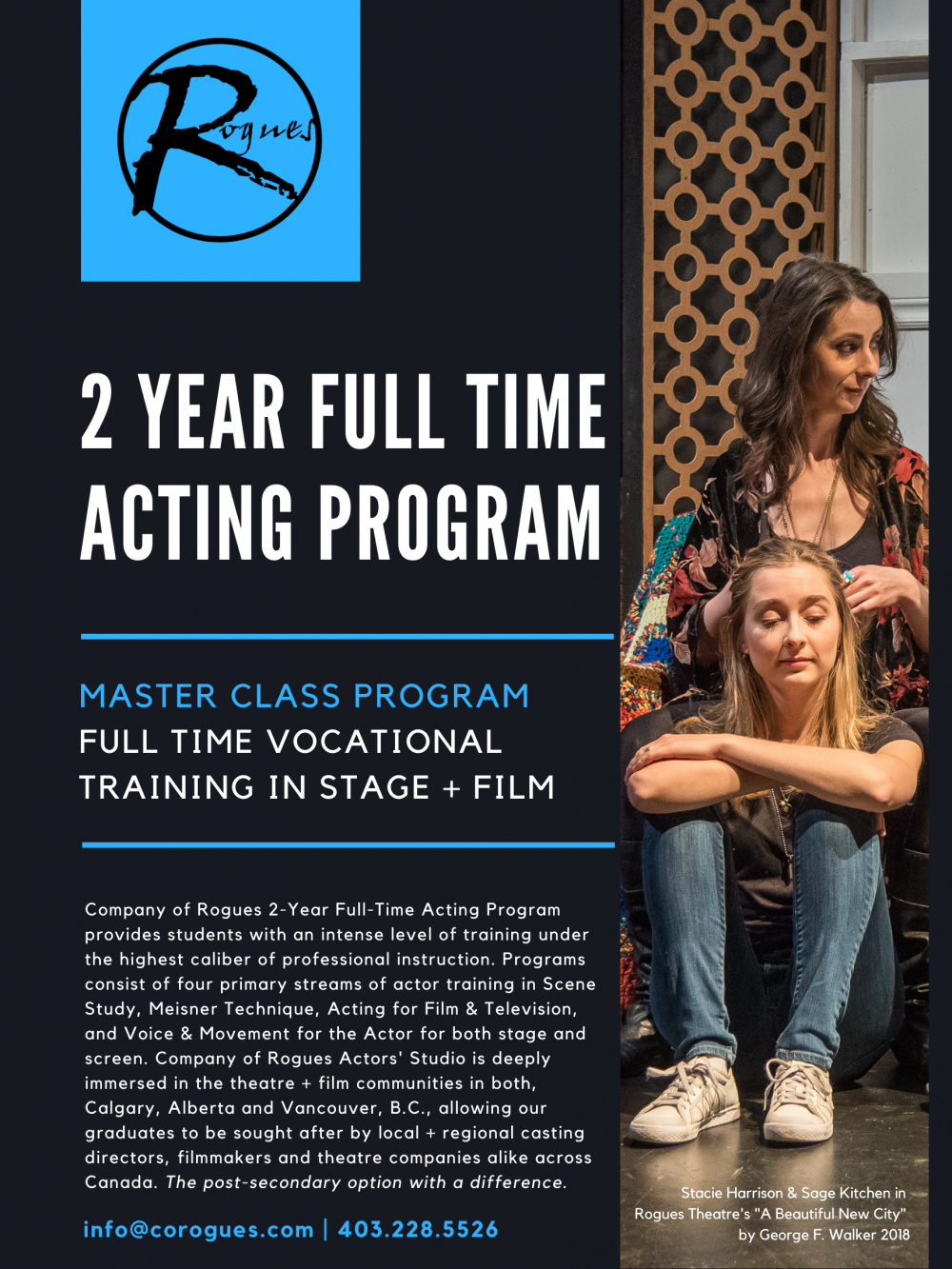 Programs consist of four primary streams of actor training in Scene Study, Meisner Technique, Acting for Film & Television, and Voice & Movement for the Actor for both stage and screen.

Company of Rogues Actors’ Studio is deeply immersed in the theatre + film communities in both, Calgary, Alberta and Vancouver, B.C., allowing our graduates to be sought after by local + regional casting directors, filmmakers and theatre companies alike across Canada.

Join us, for the post-secondary option with a difference. corogues.com/