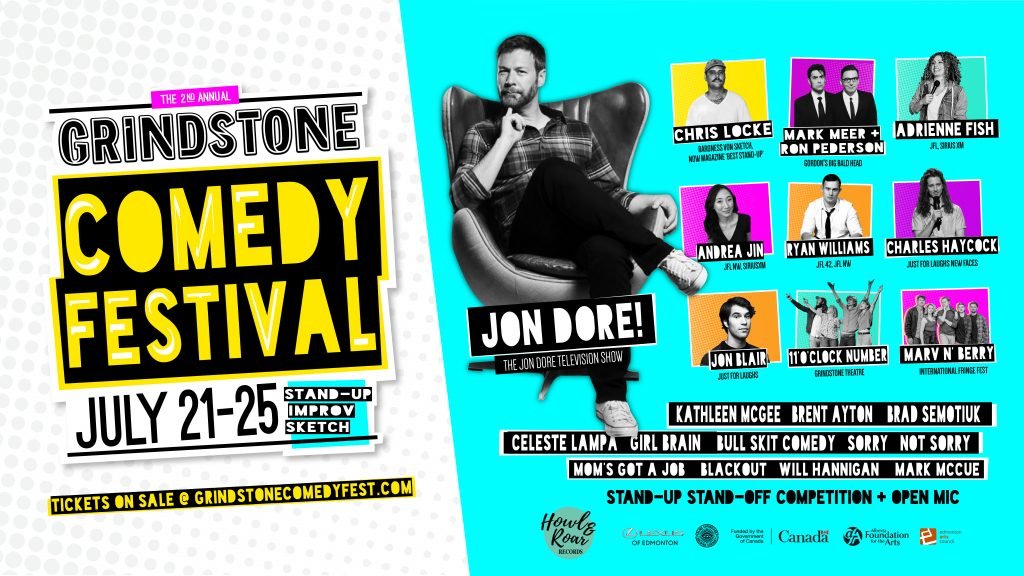 We are so excited to announce our first major event of the summer happening from Wednesday, July 21st – Sunday, July 25th located at The Grindstone (10019 81 Ave NW). This year, the Grindstone is proud to be presenting from two venues; The Grindstone Comedy Theatre and The Howl & Roar Outdoor Stage.

Leading up to the festival, we will be finishing the Stand-up Stand-off Competition that was paused due to Covid-19. The competition will pick up again on July 7th at 9:00pm and come to a close on July 21 at 9pm. The winner of the competition will get a spot in the festival opening up for our major headliners, and a cash prize of $1000 will be split between the top 3 contestants.

Tickets are available for purchase either online at www.grindstonecomedyfest.com or at The Grindstone’s Box Office (Wednesday – Friday 5pm-11pm, Saturday 2pm-11pm)