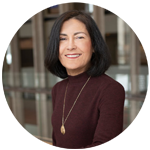 PACT is pleased to present the annual Mallory Gilbert Leadership Award to long-time PACT supporter and Managing Director of the Indigenous Theatre at the National Arts Centre, Lori Marchand. The award was presented at PACT’s virtual AGM which was held earlier today. Central to the MGLA is a component of mentorship and the passing of knowledge and skills and so Marchand has chosen Cheyenne Scott, actor, playwright and creative producer, as her protégé.

Lori Marchand took up her role as the first Managing Director of Indigenous Theatre at the National Arts Centre (NAC) in April 2018, where she is ensuring First Nations, Métis and Inuit stories are brought to the national stage. Ms. Marchand is a nationally recognized leader within the professional theatre community who made a significant impact as Executive Director of Western Canada Theatre (WCT) in Kamloops, BC, for 19 seasons. A member of the Syilx First Nation, she has played a key role in the encouragement, development and production of Indigenous work.

Ms. Marchand graduated from UBC in 1985 with a degree in English literature. After experience with the BC Native Women’s Society, as Executive Director of the Ontario Native Women’s Association and then as a human rights officer with the Ontario Human Rights Commission, she returned to her love of theatre in 1989.

After a decade of theatre roles in Alberta and Saskatchewan, she returned to Kamloops in 1999 to join Western Canada Theatre. Her leadership in making live theatre accessible, innovative, powerful and financially sustainable has helped make WCT the southern Interior’s largest professional theatre company; a company recognized for developing new work and new talent, producing work of exceptional caliber and, through partnerships and touring, impacting the national stage.

Her contributions in BC and nationally also include serving in many capacities for the Professional Association of Canadian Theatres, helping to drive policy relevant to all theatre practitioners in Canada. She was an active member of the BC Arts Council from 2010 to 2017, chairing the strategic planning and program committees and serving as vice-chair.

Ms. Marchand was recognized for her commitment to live theatre and the production of Indigenous work that has contributed to the arts and to Reconciliation with a Doctor of Letters, honoris causa, from Thompson Rivers University in June 2018. 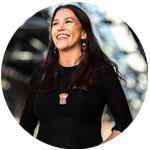 Cheyenne Scott is Straits Salish of the Saanich Nation/Norwegian settler descent and an actor, playwright, and emerging creative producer with a focus on new works.

Having learned theatre through a colonial lens, she is working to Indigenize her process through personal expression, land-based research, and storytelling. She is a Dora Mavor Moore nominated artist for co-creating Now You See Her (Quote Unquote Collective/Nightwood/Why Not Theatre).

Cheyenne is a Creative Producer in training with the Theatre Centre working with the Residency Artists in the exploration and development of their projects. Additionally, she is being mentored in artistic direction and producing as Artist-in-Residence with Urban Ink alongside the development of her new play Wolf Cull. She developed her first play SPAWN through the Animikiig program at Native Earth Performing Arts and went on to produce workshop productions at the rEvolver Festival and SummerWorks Festival in 2017.