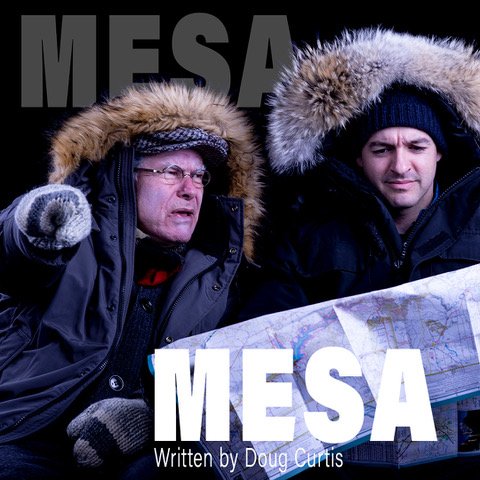 THIS PRODUCTION HAS BEEN POSTPONED

Whether you’re a romantic or a cynic, MESA is sure to make you laugh, cry, and experience every other emotion worthy of an intergenerational road trip!

Paul has promised to drive his wife’s 93-year-old Grandpa “Bud” all the way from Calgary to his retirement trailer in Mesa, Arizona. Paul’s desire is to find strange, roadside diners and sleep out under the stars. Bud wants Denny’s and Motel 6. With five days together, the odd couple navigate the predictable turnoffs on the Interstate while discovering their need for each other, sharing their lives and experiences, their hopes and dreams. This will be Bud’s final year in Mesa, and Paul is his chauffeur.

MESA was first staged at One Yellow Rabbit’s High Performance Rodeo in January 2000. Since then, the Canadian production has proved to be a popular hit with audiences across Canada and the U.K.

Tickets and Information: www.blackradishtheatre.ca or the GRAND box office at 403.205.2922 ext. 1

BLACK RADISH THEATRE is a Calgary-based theatre company, launched in 2019, founded by four of Calgary’s best-known professional actors – Christopher Hunt (an eight-time winner of Calgary’s Betty Mitchell Awards), Andy Curtis (a founding member of the One Yellow Rabbit ensemble), Duval Lang (co-founder of Quest Theatre), and Tyrell Crews (a Betty Mitchell and Critter Award winning actor and voice talent). Black Radish Theatre is one of The GRAND’s companies in residence.