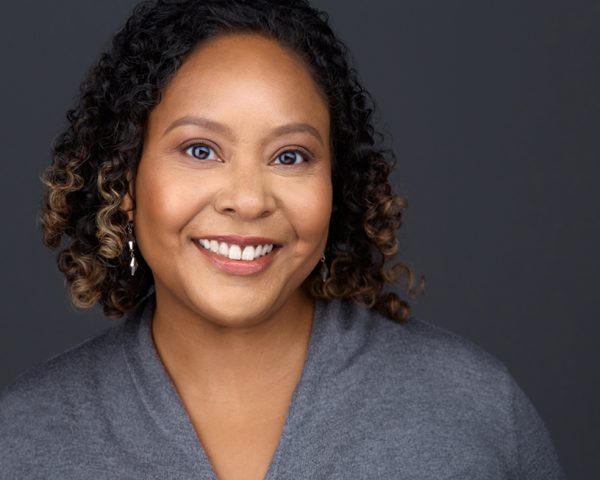 Theatre Alberta is thrilled to announce that the 2020 Michelle Dias Community Service Award has been presented to Michelle Todd, who will be participating in the Rocky Mountain Series workshop The Future Is Here: Artistic Leadership for Ethnically Diverse Women and Non-Binary People of Colour at Banff Centre for Arts & Creativity this January.

Michelle was born and raised in Edmonton and has been active in the arts community in the city for more than 25 years as an actor, writer, choreographer, director, facilitator, and producer.  A graduate of MacEwan’s Theatre Arts program Michelle most recently performed with Saint Maggie Productions, Shadow Theatre, and Northern Light Theatre.

Michelle also performed her one-woman show Deep Fried Curried Perogies at the 2019 Skirts Afire: HerArts Festival, marking the 18thtime the show has been produced.  Performing this show involved conversations that led to her working for an anti-racism organization as a facilitator/director for youth (13-17) of African descent, developing leadership skills through performing arts. Using story-telling, poetry, dance, movement, and music participants would build a final production based on a story created by them.

This format was adapted for first and second generation Canadian youth at several school sites.  Michelle brought a similar format to the Bullying Awareness Network in collaboration with Community Initiatives Against Family Violence. Her work with youth made Michelle realize the evolution of discrimination and the importance of people feeling seen and being heard.

Currently, Michelle works on diversity and inclusion, as well as incorporating gender-based analysis and intersectionality into policy, and co-facilitating workshops around the impacts of historical legislation and systemic oppression creating intergenerational trauma on our indigenous communities. Representation is vital to Michelle, not only as an artist, but as a mother of mixed heritage children.

Michelle is honoured to receive the Michelle Dias Community Award to attend Artistic Leadership for Ethnically Diverse Women and Non-Binary People.  The work in this session will live on in the community.” ~ Michelle Todd

The Michelle Dias Community Service Award is offered each year in memory of Ms. Dias, a respected colleague and true champion of Canadian theatre, who passed away 2011. It is awarded to a Rocky Mountain Series participant who demonstrates a selfless commitment to the Alberta theatre community and to sharing their knowledge with colleagues and peers. Michelle was deeply involved in Theatre Alberta’s educational programming, having spearheaded Safe Stages, our health and safety resource for theatres, as well as working with us frequently as an instructor. In addition to Michelle’s contributions to Theatre Alberta programs, Michelle was Head of Props for Banff Centre for Arts and Creativity from 1996 -2004. Michelle worked at Banff during the summer months, the rest of the year she was an integral part of the Citadel Theatre production team. At the Citadel, Michelle was the Head of Scenic Paint from Sept 1995 until her passing in September 2011.

Workshops by Request: Rocky Mountain Series The Future Is Here is presented by: