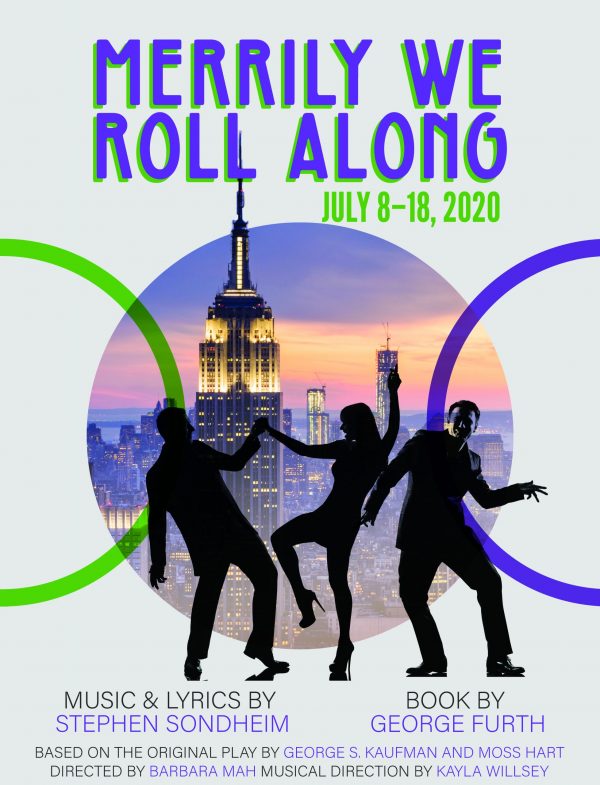 The compelling Broadway tale about friendship, artistic integrity, the high price of success, staying true to your dreams and the compromises and turning points along the way.

Set from the early 1980’s to the late 1950’s, the show moves backwards in time, tracing the friendship of the main characters through the relationships, milestones, and decisions that have shaped the course of their lives. There are some memorable tunes as “Not a Day Goes By” and “Good Thing Going”.

PREPARE: 64 Bars of a Sondheim song that shows range and acting ability NOT from the show. If actors are using sheet music, please email a copy, in the key you are singing, with edits marked, to follies.watlerdale@gmail.com at least two days prior to auditions. Actor may also use accompaniment tracks. A speaker that plugs into earphone jacks will be provided. If the phone does not have an earphone jack, actors are required to provide their own amplification. No self accompaniment, no acapella, please.

Auditions will happen in a group setting (i.e. you will hear others sing), there may also be a very small movement component in the group setting and cold reads. Please come dressed to move. A fuller movement audition will be held during callbacks

Callbacks will call for actors to sing from the score. Sheet music will be provided and may be requested ahead of time. Scenes will be provided for on-book auditions. Not all actors being considered for roles will be required for the callbacks.

Rehearsals begin with first read the evening of March 22, and then start in April and run Tuesday/Thursday nights (7-10 pm), and Sunday afternoons (1-5 pm). As it gets closer to show time, rehearsals may change to 6-10 pm on the weeknights.
Tech week begins July 2, prepare to be in the theatre every night.

Please bring any conflicts with rehearsal dates to the audition including vacations, concerts, or jobs. Note that due to the timing of the show in July, it may not be possible for cast to participate in a Fringe show unless rehearsals for that begin after July 18. Please do not book other shows that also rehearse or perform during April to July 2020.

Ages are relative — will adjust as necessary. Walterdale is committed to diverse, inclusive casting. For every role, the director will consider all submissions.

Please note that Walterdale is an amateur theatre and we cannot consider applications from members of Canadian Actors Equity.

ENSEMBLE: 8 M/8F|The ENSEMBLE in this show is quite active playing small roles, with extensive singing and movement. The roles include: