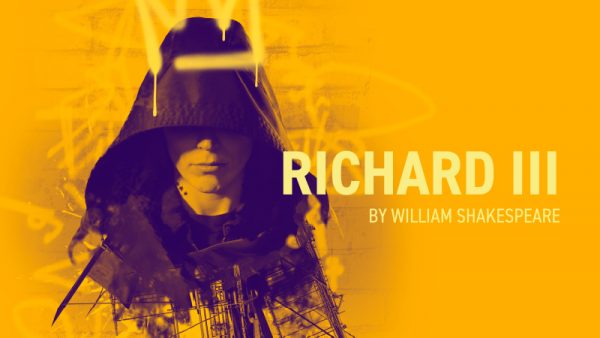 Shakespeare’s most notorious play is reimagined for our fractious times. In a world much like our own, a fragile society falls to a ruthless demagogue. This visceral, ensemble production examines how dictators manipulate our fears to acquire and retain power.

Richard III features a talented ensemble of students and seasoned professionals, including Calgary-based film and theatre actress, Chantal Perron. Also joining is local favourite and University of Alberta alumna, Nikki Hulowski (‘15 BFA), known to Edmontonians for her work at Rapid Fire Theatre as one of the five members of the sketch comedy troupe, Marv n’ Berry.

Richard III has not been presented at Studio Theatre since 1976, when it similarly launched the 1976-77 season.

This production features the work of students from the Acting, Design, Technical Theatre and Directing programs of the Department of Drama.

Please note there is no show on Sunday, October 13. There will be a matinee performance on Thursday, October 17 at 12:30 p.m. A special talkback event will take place after the performance on Monday, October 14, giving audience members an opportunity to engage a unique panel of university experts, and delve deeper into the cultural impact of Richard III.

Tickets will be available for purchase at the door (cash only) or online at ualberta.ca/artshows. Season Flex Passes may be ordered by contacting the Department of Drama at 780-492-2495 or uastudio@ualberta.ca. All performances take place at the Timms Centre for the Arts (87 Avenue & 112 Street) on the University of Alberta North Campus in Edmonton.

For the complete season of Fine Arts events on campus, visit: ualberta.ca/artshows.