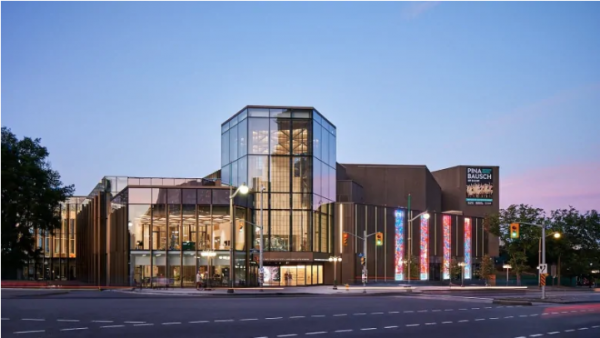 A permanent national Indigenous theatre opened in Ottawa at the National Arts Centre this week, showcasing Indigenous talent and stories.
It is garnering international attention for being the first theatre program of its kind in the world. Fifty Indigenous artists from New Zealand, Australia, Sweden, and the United States, are coming to Ottawa to learn about the model and create a touring network abroad.
“It is an effort to foster greater understanding,” said artistic director Kevin Loring, a member of the Nlaka’pamux Nation in British Columbia. “There’s a hunger for Indigenous stories, there’s a hunger to see our people up on the stage.”
The NAC Indigenous Theatre launched its first production, called The Unnatural and Accidental Women by Metis-Dene playwright Marie Clements and directed by Muriel Miguel, from the Kuna and Rappahannock Nations.
It tackles the painful and continuing crisis of missing and murdered Indigenous women and girls across Canada through the portrayal of a woman’s search for answers about her own missing mother and the spirits of other women who have died.
“(It’s to) remind ourselves sometimes that we are not in this alone, that all of us have a story. This is closer than we think or even know. It’s our sisters,” said Soni Moreno, a Maya/Apache/Yaqui actress and vocalist.
“I hope people are open to receiving the story. It’s not an easy story to tell, but it’s one that has to be told.”
The Indigenous Theatre launches its first season with a full slate of programming, including shows, workshops, and masterclasses, as part of the Mòshkamo Indigenous Arts Festival, which runs until September 29.
“We don’t build bridges in indigenous theatre, we make canoes. And really what that means is we have to get in the canoe together, we have to go on a journey together,” said Loring.
Read the article here.
PrevPreviousEvent (National): CNAL Conference 2019 | Creative Convergence Winnipeg
NextNews (Calgay): Actor Tom Jackson Joins MT7 Cultural SocietyNext
3rd Floor Percy Page Centre
11759 Groat Road
Edmonton, AB T5M3K6
Canada