Home » Blog » Audition (Calgary): Ghouls’ Night Out & Once Upon A Christmas – Heritage Park

Audition (Calgary): Ghouls’ Night Out & Once Upon A Christmas – Heritage Park

Audition (Calgary): Ghouls’ Night Out & Once Upon A Christmas – Heritage Park 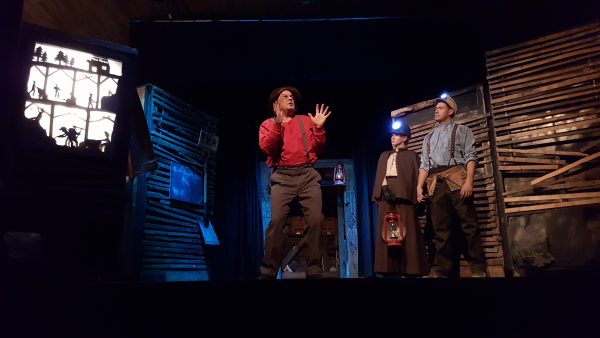 ONCE UPON A CHRISTMAS  & GHOULS’ NIGHT OUT AUDITIONS at HERITAGE PARK

The Heritage Park Players will be presenting various interactions, plays and musicals around Heritage Park for its 2019 Once Upon A Christmas and Ghouls’ Night Out Halloween events. Actors may submit for roles in both Christmas and Halloween as rehearsals and performances will not conflict.

The Heritage Park Players will be presenting various interactions indoors and outdoors around Heritage Park for its 2019 Ghouls’ Night Out Halloween Event.

A Toy’s Story – A New Adventure with Sheriff Woody – A 20 Minute play in the Canmore Opera House
Script by: Melissa Dorsey, Trevor Matheson & Jane Oliphant
Directed by Trevor Matheson
Play Run Time: 20 minutes
After being sent to a thrift store WOODY and BOW PEEP adventure to save REX from being melted down in toaster oven by G. I. FAIRY JOE as he endeavours to re-mold his fairy legs.
CHARACTERS
WOODY – A Sheriff Doll
BOW PEEP
REX – A T-Rex Toy
RAGGEDY ANN 1 & 2 – Drawn on, hair chopped and burnt, mis-used, roughed up dolls
G. I. FAIRY JOE – Top half is a GI Joe doll with hot-glued fairy wings. Bottom half is a tutu with tights and ballerina slippers. Top-heavy, always falling over. Feet always walk gracefully.

Sith Lord vs Jack Sparrow: A Lightsaber Fight
Jack investigates the remains of an Imperial crashed space shuttle, making away with some precious diamonds. A Sith Lord awakens from crashed cock-pit to challenge Jack to an epic lightsaber fight to Pirates of the Caribbean style music.
CHARACTERS
JACK SPARROW – a pirate from the movie “Pirates of the Caribbean”
SITH LORD – A dark lord from the “Star Wars” movie universe

Audrey 3 & Seymour
Audrey 3, a new breed of plant life unknown to this planet, attempts to convince Seymour to feed him with Zombie body parts. They sing a parody of song bits from Little Shop of Horrors.
CHARACTERS
AUDRY 3 – A plant puppet mascot-like costume. (Singing is an asset).
SEYMOUR – The keeper of Audrey. (Singing is an asset).

HALLOWEEN REHEARSALS:
Rehearsals will begin Friday, Sept 13 and will continue until the first performance on Thursday, October 24.
There will be 2 – 3 rehearsals a week for the Toy’s Story script and actors will only be called as needed. There will be 3 rehearsals prior to the event for the other roles. They will consist of evenings (6:30pm-10pm) and weekends (various times).
Rehearsals will be held at Heritage Park.

HALLOWEEN PERFORMANCE INFO:
Call time will be one hour before.
Performers will be released after hanging their costume from their last performance of the day.

ONCE UPON A CHRISTMAS

The Heritage Park Players will be presenting a new musical in the Opera House at Heritage Park for its 2019 Once Upon A Christmas Event.

SYNOPSIS:
The evil Edna Frost steals magic dust to affect the speed of time and the ability to fly so that she can claim to be the first person to discover Santa’s Workshop and the North Pole.

CHRISTMAS PERFORMANCE INFO:
There will be 4 performances a day in the Opera House at Heritage Park on Saturdays & Sundays starting Nov 23 and concluding Dec 22.
Call time will be 10am.
Shows will be at 11am, 12pm, 2pm, & 3pm.
Performers will be released after hanging their costume from their last performance of the day (around 4pm).
The show will be double cast. We will have a Saturday cast and a Sunday cast. If you wish to be considered to perform both Saturday and Sunday shows, please include that in your submission.

AUDITION REQUIREMENTS:
Prepare given sides (to be sent upon audition confirmation.)
CHRISTMAS ONLY: One Christmas carol. Please prepare only a 60sec selection of your piece.
AUDRY 3/SEYMOUR ONLY: A 60sec selection of an upbeat musical theatre song to demonstrate your abilities.
If auditioning with a song, please bring your own accompaniment. A CD player and a headphone jack will be provided. No accapella.

Only those selected to audition will be contacted with an audition time. Heritage Park is committed to diverse, inclusive casting. Both Once Upon a Christmas and Ghouls Night Out are volunteer performance contracts. Equity members will not be seen at these auditions.