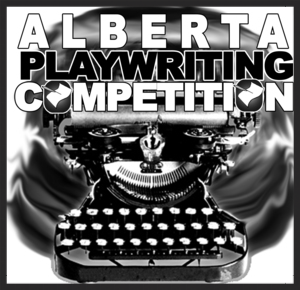 The Novitiate Prize Winner (awarded to the most outstanding play by an unproduced playwright) is Andrew Torry for his play The Miracle Queen.

The Grand Prize recipient receives a $5000.00 cash prize. The Novitiate Prize winner receives ongoing development and workshopping of their play and will be featured at Script Salon in February of 2020.

The Alberta Playwriting Competition is presented by APN in association with Theatre Alberta.

The jury for the 2019 edition of the Annual Alberta Playwriting Competition read 43 submissions and selected the following plays to the 2019 Shortlist.

Draft versions of the scripts will be available for download on our website in the coming weeks.

There were many more plays that were recognized from the submissions and the three-person jury commented on the incredibly rich pool of talented voices creating theatre in this province.

A huge thank you to this year’s jury!!!

Carmen Aguirre – Carmen is a theatre artist and author, and a core artist of Vancouver’s Electric Company Theatre. She has written and co-written over twenty-five plays, including The Trigger, The Refugee Hotel, and Blue Box. Currently she is writing Anywhere But Here for Electric Company, an adaptation of Euripides’ Medea for Vancouver’s Rumble Theatre, and an adaptation of Moliere’s The Learned Ladies for Toronto’s Factory Theatre. Her one-woman show Broken Tailbone has toured to Los Angeles and across Canada. Carmen is the author of the #1 national bestseller Something Fierce: Memoirs of a Revolutionary Daughter (winner of CBC Canada Reads in 2012), and its bestselling sequel, Mexican Hooker #1 and My Other Roles Since the Revolution. She is the star of the independent feature Bella Ciao!, currently playing in movie theatres across Canada. Carmen has won multiple awards for her work, has over eighty stage, film and television acting credits, and is a graduate of Studio 58. carmenaguirre.ca

Cheryl Foggo – Cheryl has been published and produced extensively as a journalist, screenwriter, poet, playwright, writer of fiction and non-fiction and as a young adult novelist. She has a particular interest in sharing the history of Black pioneers on the prairies and has written extensively on that subject in books, magazines and anthologies. Her books, plays and films have received many provincial and national awards and nominations, including the 2015 Gwen Pharis Ringwood Award for Drama from the Writers Guild of Alberta for her play John Ware Reimagined, the Sondra Kelly Screenplay Award from the Writers Guild of Canada, the Obsidian Professional Award, the Chris Award at the Columbus International Film and Video Festival, and the Harry Jerome Award for Excellence in the Arts. Her young adult novels, One Thing That’s True and I Have Been in Danger were finalists for the Governor General’s Award and the Silver Birch Award respectively. Her most recent children’s book is Dear Baobab, published by Second Story Press. She is currently in development with the National Film Board of Canada on a documentary about the life of legendary cowboy/rancher John Ware.

Marcia Johnson – Marcia is a playwright and actor, born in Jamaica, emigrated to Canada when she was 6. She studied acting at the American Academy of Dramatic Arts in California. Her first acting jobs were in Young People’s Theatre. She was introduced to writing when she worked with the Company of Sirens, which engages in collective creation, and she honed her skills in writing seminars with American playwright Natalie Goldberg in New Mexico. Her second play, Perfect on Paper which debunks the myth of romantic love propagated by romance novels was produced at the Toronto Fringe Festival. In 2008, her next three plays enjoyed world premieres: Binti’s Journey, an adaptation of the teen fiction novel, The Heaven Shop by Deborah Ellis about a 13-year-old girl who loses her parents to AIDS (Theatre Direct); Courting Johanna, based on a short story by Alice Munro entitled “Hateship, Friendship, Courtship, Loveship, Marriage” (Blyth Festival, dir. Kate Lynch); and Late (Obsidian Theatre, dir. Marjorie Chan), an expressionist play which portrays the turbulent emotional journey of a woman who has lost her lover.