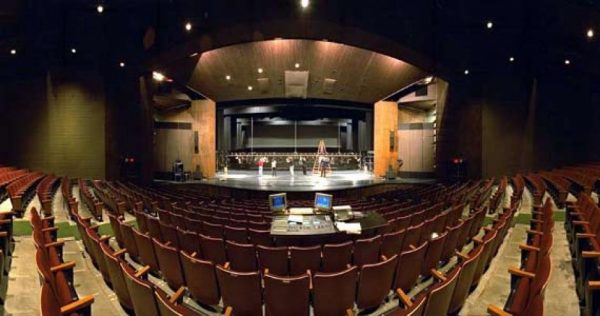 “Once you’ve had food on the table and shelter, everybody needs the arts. It just makes for a better world.”
Those words, spoken about her beloved Banff Centre, could just as well explain Jenny Belzberg’s longtime involvement in a variety of arts and culture in Alberta.
In honour of that commitment — which includes being a former chairman of the Banff Centre — her children have made what is said to be one of the largest private gifts the post-secondary arts institute has ever received. The centre and the family have declined to publicize the amount but Banff Centre’s vice-president of marketing and communication Rosemary Thompson calls it “transformational.”
The funding will be used to renovate the 52-year-old Eric Harvie Theatre, to improve its 959-seat capacity and accessibility, replace existing seating with more comfortable seating, rebuild the existing floor to improve audience sight lines, and enhance the acoustics in the theatre. The renovation budget is estimated to be between $6 million and $7 million.
“The exciting thing about this incredible gift and amazing renovation is that it will really allow us to continue to be on the leading edge. It’s a very important and a very beloved space in the community,” Banff Centre president and CEO Janice Price said in a tribute to Belzberg. “People are very excited at the prospect of seeing the theatre brought up to modern standards, refreshed, beautified.”
Construction will commence in November 2019, following the Banff Centre Mountain Film and Book Festival, with the newly named Jenny Belzberg Theatre slated to open in fall 2020.
“I love the place, there’s something magical about it,” Belzberg says in the video. “It just does something for your heart and your soul.”
Along with her late husband Hy, Belzberg has been a longtime community volunteer, involved with numerous arts groups. She is a former board member of the Calgary Philharmonic Orchestra, a founding member and board chair of the Esther Honens Calgary International Piano Competition and board chair of the Banff Centre. In 2003, Belzberg and other arts heavyweights Fil Fraser, Tommy Banks and John Poole gathered in her kitchen and co-founded the Lieutenant-governor of Alberta Arts Awards under the patronage of then Lieutenant- Governor Lois Hole.
Belzberg wanted to show appreciation for Banff Centre’s role as Canada’s largest postgraduate arts school and leave a legacy.
“I’m a Canadian and a Calgarian. I need to leave something here in the West.
“Banff Centre is an international organization so it helps everybody and I’d like to see more of that. I think that the theatre can help that happen.”
The Eric Harvie Theatre opened in 1967 and was named for one of Alberta’s most prominent lawyer and arts champion. Eric Harvie had a long history with the Banff Centre, and his $50,000 commitment in 1945 was the beginning of the post-secondary arts campus on Tunnel Mountain.
Some of the major theatre productions mounted in the theatre over the years include Filumena, Betroffenheit, and Orphee+. It also hosts the annual Banff Centre Mountain Film and Book festival and the Banff International String Quartet Competition which collectively bring in upwards of 30,000 people.
PrevPreviousNews (National): Dora Mavor Moore Award Nominees Announced
NextNews (Edmonton): The 2018-2019 Elizabeth Sterling Haynes Award Nominees AnnouncedNext
3rd Floor Percy Page Centre
11759 Groat Road
Edmonton, AB T5M3K6
Canada