PACT is pleased to present the annual Mallory Gilbert Leadership Award to its former board member, and Executive Director of the Royal Manitoba Theatre Centre Camilla Holland. The award was presented at the annual PACT Conference in Saskatoon, SK. Camilla was chosen from amongst 12 outstanding nominees from across Canada and she has named Evan Klassen, Managing Director at Western Canada Theatre, as her protégé. 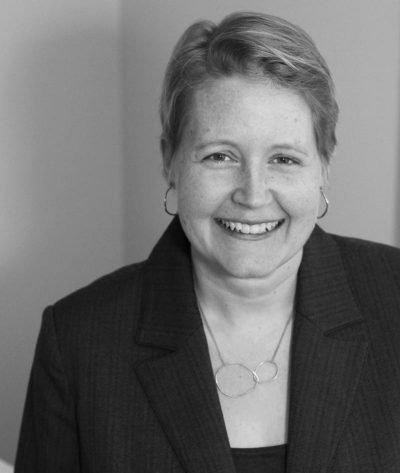 Camilla Holland
Camilla Holland is the Executive Director of the Royal Manitoba Theatre Centre, Canada’s first regional theatre. Prior to joining the Royal MTC, Camilla was the General Manager at Toronto’s Tarragon Theatre. Camilla has worked for a wide variety of professional theatres across Toronto, including large institutions (Canadian Stage), theatre for young audiences (Young People’s Theatre), new play developers (Factory Theatre), and creation-based companies (Volcano Theatre). She produced the SummerWorks Theatre Festival in 1997 and 1998 and numerous independent productions. She was the Theatre Officer at the Toronto Arts Council for two years and worked in education and outreach, marketing and fundraising, producton and touring.
Camilla is currently on the Board of Manitobans for the Arts, Canada’s National Theatre School and the Advisory Council for TRG Arts. Past Board and Steering Committee roles include the Canadian Arts Coalition, Canadian Arts Summit, Professional Association of Canadian Theatres, where she continues as a member of the Advocacy Committee, and the Toronto Alliance for the Performing Arts. She was also on the negotiation team for recent agreements with Associated Designers of Canada, Playwrights Guild of Canada and Canadian Actors’ Equity Association. She won the John Hobday Award from Canada Council for the Arts in 2018.
Says Holland on receiving this award, “I would be honoured to receive the Mallory Gilbert Leadership Award in any year, but it’s particularly poignant given that Mallory has passed away last February. I had the pleasure and privilege of following Mallory as the second General Manager at Tarragon Theatre, after her 28 years of steady and generous stewardship there. Mallory’s leadership was inspiring to generations of arts administrators across the country, and her absolute commitment to placing the art at the centre of the conversation deeply resonated with me.”
The award includes the naming of a protégé chosen by the winner, underlining the importance of skill and knowledge transmission in leadership building. Holland chose Evan Klassen as her protégé.

Evan Klassen
Evan Klassen is the Managing Director at Western Canada Theatre (Kamloops, BC) on the beautiful territory of Tk’emlúps te Secwepemc. Originally from Winnipeg, MB, Evan has built a multi-disciplinary career in arts management, and was most recently the Director of Artistic Operations & Production for the Winnipeg Symphony Orchestra, board chair of the Seven Oaks House Museum (Winnipeg’s oldest residence) and also served on the boards of the Winnipeg Arts Council and Manitobans for the Arts. Evan is a graduate of MacEwan University’s Arts & Cultural Management program.
Evan currently serves on several PACT committees and looks forward to working closely with his PACT colleagues in the coming years.
On being named this year’s MGLA protégé, and of his mentor, Klassen says, “I am deeply honoured to be named as protégé by my friend & colleague, Camilla Holland. It was at RMTC where we first connected, while Camilla was still in her first weeks as ED, and I was stage manager for a world premiere musical, full of challenges for both of us. In the subsequent years, I’ve been privileged to also call Camilla my mentor. From my earliest musings to pursue a career in administration, through to my current role as Managing Director at Western Canada Theatre, Camilla’s sage wisdom and guidance has been invaluable in helping to chart my course. I have benefited tremendously from the impromptu texts, long email exchanges, conversations across three time zones, and collaborations with her over the years. I count myself lucky to have been able to learn from her, and I look forward to many more opportunities to work together in the years to come.”
Holland is thrilled to be sharing this recognition with Klassen, “Mallory was a former Stage Manager, and had a soft spot for anyone who walked that path to arts administration; I know she would approve of my selection of Evan Klassen as my protégé. Evan was a Winnipeg stage manager that our community fought over, giving him the most complicated shows with complete confidence. I was thrilled when he started to deepen his arts administration training, participate actively in community boards, and seek internships that would support new goals. He is a gifted and hard-working leader, calm and practical, and passionate about theatre. His first year as Managing Director of Western Canada Theatre has been full of wonderful discoveries and significant challenges. It’s a honour to share this award with him.”

About the Mallory Gilbert Leadership Award

The Mallory Gilbert Leadership Award underlines the importance of skills and knowledge transmission in leadership building. It does this by annually celebrating and recognizing an individual who has demonstrated outstanding administrative or managerial leadership within the Canadian theatre community. The award also includes a protégé, chosen by the Award winner.
The recipient will have displayed consistent, significant and valuable administrative leadership and is respected by peers for leading, growing, or changing an organization or initiative. They are recognized for positive contributions to the development of Canadian theatre, such as community involvement, mentorship, innovation, or advocacy. They also exhibit commitment to inspiring and generating passion in others
Read More

PACT is a member-driven organization of professional Canadian theatres that serves as the collective voice of its members.

We are a leader in the national performing arts community and a devoted advocate for the value of live performance. Since 1979 we have focused on providing a community where theatre professionals (both artistic and administrative) can come together to discuss important issues and work together to create innovative solutions.
PrevPreviousNews (Edmonton): Nominees Announced for 2019 Cappies
NextWhat’s On (Calgary): Moby Dick Opens Friday!Next
3rd Floor Percy Page Centre
11759 Groat Road
Edmonton, AB T5M3K6
Canada