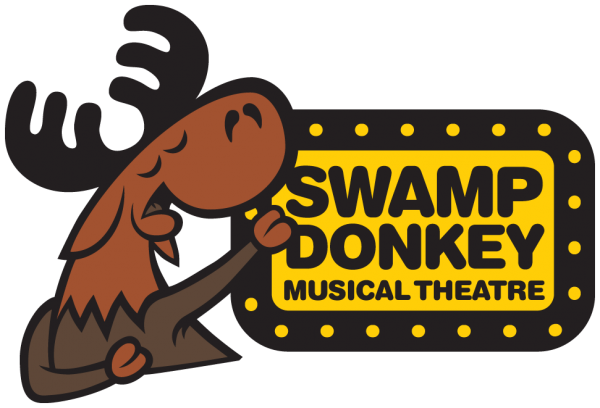 Scott Strasser | Rocky View Weekly | January 15, 2019
A new musical theatre company in Bragg Creek is offering locals the chance to learn the ins and outs of performing onstage.
Swamp Donkey Musical Theatre Society (SDMTS) formed last summer as the brainchild of Trisha Gizen, the non-profit society’s board president.
“[Musical theatre] was something I did growing up, and it’s something I saw missing from our community,” she said.
“It was a bit selfish, frankly – I wanted to get back into it now, as an adult, and I have children who were interested in doing it. I thought it wasn’t going to happen unless someone started it up, so here we are.”
The society’s curious name is based on a slang term for moose, according to Gizen.
“When we were coming up with a name, we wanted something that people would remember – and Swamp Donkey is pretty unforgettable,” she said.
Another reason for the moniker, she added, is because of Bragg Creek’s natural setting and abundance of wildlife.
“We’re the gateway to Kananaskis and the Rocky Mountains,” she said. “We have a pretty spectacular natural backyard here, with lots of creatures. We thought the moose was a fitting name to go with it.”
According to Gizen, SDMTS has two objectives ­– to provide musical theatre performances in Bragg Creek, and to provide workshops and courses for area residents interested in drama.
The society started with a zombie makeup workshop last September, Gizen said. Following that, SDMTS held separate four-week courses to teach new students how to act, sing and dance. The courses culminated with the society’s first Christmas recital, where members showed off all they had learned.
“Each course worked on a song from a musical, and then [they]performed them at the Christmas Recital,” Gizen said. “It was a musical review, is the best way to describe it.”
The society’s next workshop is set for Jan. 19 at the Bragg Creek Community Centre, and will focus on improvisation – a skillset Gizen said is important for any performer to have in their repertoire.
“The thing with live theatre is that things can go sideways,” she said. “Yes, you have a script, but things can happen that you don’t anticipate, and it’s great to be able to respond off the cuff and go off-script.”
SDMTS will host three workshops – the class for eight- to 12-year-olds will be from 10 a.m. to noon, the class for 13- to 17-year-olds will be from 1 p.m. to 3 p.m., and the adult class will be from 3 p.m. to 5 p.m.
Registration for the workshop is $40, and can be done online at swampdonkeytheatre.ca
Following the improv workshop, Gizen said, SDMTS’ focus will shift towards its first-ever spring production, set to take place in May. Pending licensing rights, she said, the first production will be a rendition of the Sound of Music.
According to Gizen, auditions for the spring production will take place Jan. 27 and 28. Additional information will be posted on SDMTS’ website.
Gizen said the involvement from the community has been the best part of the new venture.
PrevPreviousNews (Edmonton): An investment of $2.5 million from the Canada Cultural Spaces Fund will support the rebuilding of the Roxy Theatre
NextNews (National): Playwrights Guild of Canada Announces New Sponsorship for TYA AwardNext
3rd Floor Percy Page Centre
11759 Groat Road
Edmonton, AB T5M3K6
Canada