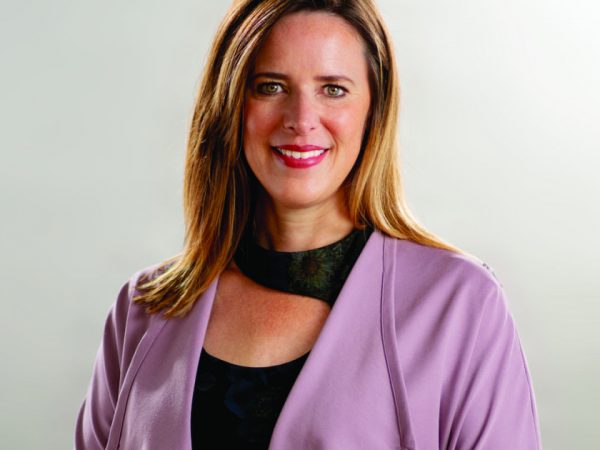 GALEN SIMMONS | THE STRATFORD BEACON HERALD | NOVEMBER 22, 2018
Anita Gaffney has devoted 27 years of her life to the Stratford Festival.
The daughter of one of the people who established the festival in 1953, Gaffney is committed to seeing both the festival and the city thrive. She has served as the festival’s executive director for the past six years.
On Thursday, Gaffney was named one of Canada’s 100 most powerful women at a Women’s Executive Network awards ceremony in Toronto. She was presented with the award in the arts, sports, and entertainment category.
“Anita is not one to seek attention or awards. She is humble, self-reflective and thoughtful,” said Sylvia Chrominska, chair of the Stratford Festival’s board of governors, in a press release. “But she is also a forward-thinking, determined and tireless leader, who is called upon by government, her industry peers and community organizations for her thoughts, input and counsel.
“She is indeed one of the most powerful women leaders in the performing arts, but her abilities reach far beyond gender, making her one of the most powerful and effective people working in the arts today.”
Speaking with the Beacon Herald from Toronto Thursday afternoon, Gaffney said she had never expected, nor did she want, the honours and accolades that go along with being one of Canada’s most powerful women.
“I find it embarrassing,” she said with a laugh. “I don’t seek this sort of thing and having grown up at the Stratford Festival and (serving) in administrative positions, it was always my mandate to stay behind the scenes and shine a light on all the wonderful people that are around me at the theatre. So it’s not something I’m seeking, but it’s really very nice and flattering.”
Though Gaffney attributes the honour to her position at the head of one of the most respected and renowned theatre companies in the world, her journey from publicity assistant to executive director, and everything she has accomplished since she took on the lead role in 2013, is nothing to scoff at.
After graduating with a degree in English from Western University, Gaffney began with the festival in 1991.
“I loved the theatre as soon as I started. Within the first week, I loved everything I did. I wanted to do everything, and I had the most low-level (job). I was the photocopier queen. I stayed up late with the critics, hosting them, and taking care of media that were visiting the community, and I loved it.
“And I would sit in the theatre in those first years and think, ‘I can’t believe I have anything to do with what is happening on that stage,’ ” she recalled.
Under the mentorship of then-director of marketing Janice Price, Gaffney eventually found herself in a position to take over for her boss. Coincidentally, Price was also named one of Canada’s top 100 most powerful women on Thursday for her work as president and CEO of the Banff Centre for Arts and Creativity.
While working as director of marketing, Gaffney completed an executive master of business administration between 2000 and 2002, and began taking on more of the general administrative duties at the festival, until she became administrative director. In 2013, she was appointed executive director.
As executive director of North America’s largest classical theatre company, Gaffney leads all administrative and operational business activities and, with artistic director Antoni Cimolino, sets the strategic direction for the organization. With an annual budget of $61 million, the festival is one of the most self-sufficient cultural organizations on the continent, earning 95 per cent of its revenue through ticket sales, fundraising and ancillary activities.
As director, Gaffney has introduced and supported a number of new initiatives, including the Forum, the Laboratory, the HD film series, and the direct bus service for out-of-town theatre-goers. She also oversaw the launch of the $100-million campaign for the construction of a new Tom Patterson Theatre Centre, set to open in 2020.
“Being someone who was born and raised in Stratford, I’m really concerned and committed to making sure that what happens to the festival is good for the city of Stratford as well, and I feel like the Tom Patterson Theatre project is going to be transformational. It doesn’t happen too often anywhere in the world that a new performing arts centre is built, and this is a really special one,” Gaffney said.
And supporting her hometown, not just through her work at the festival but also through volunteering, is also important to Gaffney. She is past chair of investStratford and the Stratford Public Library. In 2011, she served as the campaign chair of the United Way Perth-Huron.
“My dad (Oliver Gaffney) was very much a community-minded person. He was involved in the festival in the first year. His construction company built the original tent and structure in 1953. It’s in legend that he wasn’t paid for it, and he continued to keep working because he didn’t want it to be someone from Stratford who let the enterprise down. So I was born with not only the festival in my blood, but also a very strong sense of serving my community. . .
“We can’t sit around and complain about how things are. You’ve got to get your hands dirty and help out to make your community better.”
Gaffney credits much of her success to the talent and support of the people around her, especially her husband Kevin Misener, who she says is her No. 1 advocate and brings balance to her life.
The Women’s Executive Network’s Top 100 Awards pays tribute to women in the private, public and not-for-profit sectors.
PrevPreviousCall for Submissions (Alberta): Rozsa Executive Arts Leadership 2019 Registration Now Open
NextNews (Calgary): Calgary Arts Development Funding to IncreaseNext
3rd Floor Percy Page Centre
11759 Groat Road
Edmonton, AB T5M3K6
Canada