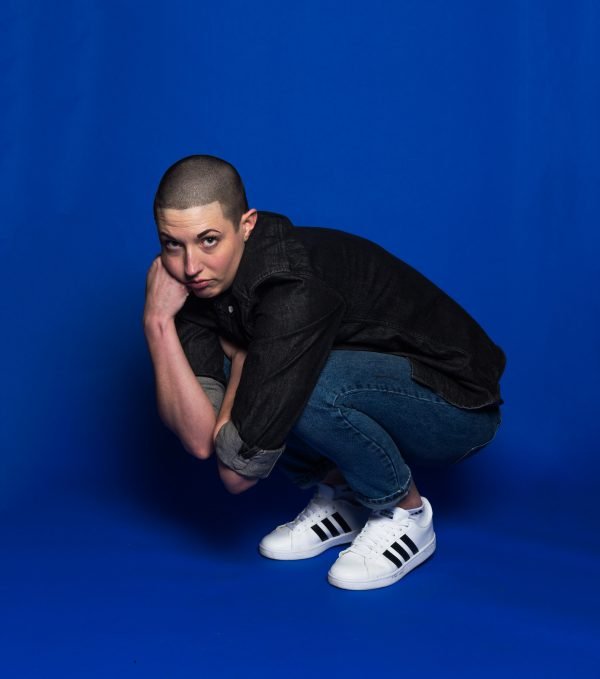 If I were nominated for an Elizabeth Sterling Haynes or Betty Mitchell Award this year, what category would I be nominated in?

My identity and people like me are causing a ruckus in the world of award shows. It seems that it has always made a difference whether a performer identified as male or female in order to judge their performance. I don’t know who decided that we needed two separate performer categories, but I suspect that it had something to do with our society’s unconscious patriarchal bias which permeates everything. A woman couldn’t win the same award as a man because a woman couldn’t be seen as equal to a man.

However, the times they are a changin’ – a female director can win Outstanding Director just the same as a male director (even though they are statistically less likely to get work much less get nominated) and more people are coming out as gender non-conforming all the time.

Suddenly, we have to face our sexism and agree that any human can give an Outstanding Performance.

Earlier this year Toronto’s Dora Mavor Moore Awards announced that they will be adopting a ‘gender neutral’ policy for their Outstanding Performance awards for the 2018/2019 season. ‘Gender neutral’ is a term generally disliked by the queer community, because we’re not trying to neutralize gender. The preferred term is gender inclusive; that way, we include people of all gender identities. I recently challenged my local awards committee to do the same (and to add a dance category, but that’s a different story).

I do wonder if removing the “actress” category will result in only men being nominated; our Sterling Juries are certainly susceptible to the same patriarchal bias as the rest of us; but, I am hopeful that seeing all genders as equal will result in a more critical look at what it means to give an “outstanding” performance.

I am proud that I live and work in a community that allows me to be open about being trans non-binary and one that works to make my life easier. People generally try to remember my pronouns and apologize when they mess up. I hope that the mental exercise of acknowledging that a person can exist without gender allows people to question their own unconscious gender biases.

NIUBOI came from space to save the world from a life of blasé mundanity. They live and work on Treaty 6 territory. They are a trans non-binary alien and use they/them pronouns. Their work combines visual art, movement, and theatrical practice to create live performance, video, installation, and cabaret works that explore queerness, futurism, and joy. Their self-created works Glass Washrooms (theatre), The Milk Bar (film), Antiquation (installation), and PLASTIC (politi-pop) have been presented by Found Festival, The Chinook Series, Mile Zero Dance, Odd Wednesday, and Nextfest. www.niuboi.com