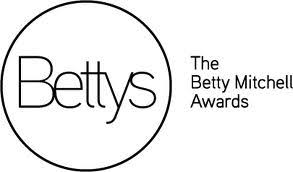 The Calgary Theatre community will gather together to celebrate the twenty-first annual Betty Mitchell Awards on Monday June 25th at Vertigo Theatre. This year’s awards are being hosted by Katherine Fadum and Michael Tan. The show starts at 7:30 pm and tickets are just $30.00 and are available from the Vertigo Theatre box office or on-line.

James Hutchison sat down to talk with actor, playwright, and current President of the Betty Mitchell Board Braden Griffiths, who was just finished his run as Sherlock Holmes in the Vertigo Theatre production of Sherlock Holmes and the American Problem, about the awards and theatre in Calgary.

“I think when we boil all this down, all we’re trying to do in theatre is illuminate something about this messy existence we lead as human beings. We’re trying to illuminate something about what it means to be human and that can happen any where and you can be affected just as profoundly in the Motel Theatre as you can in any of the big theatres in Calgary. And so, I love how the Bettys safeguard this idea that we are a community of artists, and we all have the same goals regardless of whether we are working at Theatre Calgary or whether we are working at Handsome Alice or Sage or one of the smaller companies in town. We all have this same goal to tell a story and hopefully illuminate something about what it means to be human.”

“We’re also a night where everybody in the theatre community comes together to celebrate the work which we’ve done throughout the year. And whether they’re nominated for a Betty or not – whether they win a Betty or not – we are all there to celebrate the outstanding work that has been done throughout the theatre season, because it’s a hard thing to create theatre. It’s a hard thing to create art. They are a celebration that we have a community and that we are a group of four hundred to five hundred people who have come together and decided that this is our life’s work – hence the professional thing – this is our life’s work, this is what I chose to do for a life and the gift of my art is something that has value.”

BRADEN GRIFFITHS has been an actor and playwright in Calgary for 14 years. He has performed in over 60 professional productions predominantly in Calgary but also, on various stages in Western Canada and occasionally, when he’s very fortunate, in Asia and Australia. His play My Family and Other Endangered Species, written with Ellen Close, was published by Playwright’s Canada Press. He has multiple Betty Mitchell Award Nominations for both acting and playwriting, taking home the Betty in 2015 for his performance in The Last Voyage of Donald Crowhurst. This is his 11th year on the Betty Mitchell Awards Board.

THE BETTY MITCHELL AWARDS were founded in 1998 by Grant Linneberg, Mark Bellamy, Donna Belleville, Johanne Deleeuw and Dianne Goodman and named after Betty Mitchell one of the great art’s educators and a pivotal member of the community of artists that founded Theatre Calgary just over 50 years ago. The awards were started in order to celebrate and recognize the excellence of Calgary’s theatre community. As much as the Betty’s are a professional theatre Award, they have also become the one night of the year where the theatre community comes together to celebrate all that we have been, all that we are, and all that we hope to become.

JAMES HUTCHISON is a Calgary playwright specializing in comedy, romance, and mystery and is a member of the Playwrights Guild of Canada, Alberta Playwrights Network and Theatre Alberta. You can follow James on Twitter @lifeisanact or visit his web site at www.jameshutchison.ca where he blogs and occasionally does interviews with individuals involved in creating theatre.