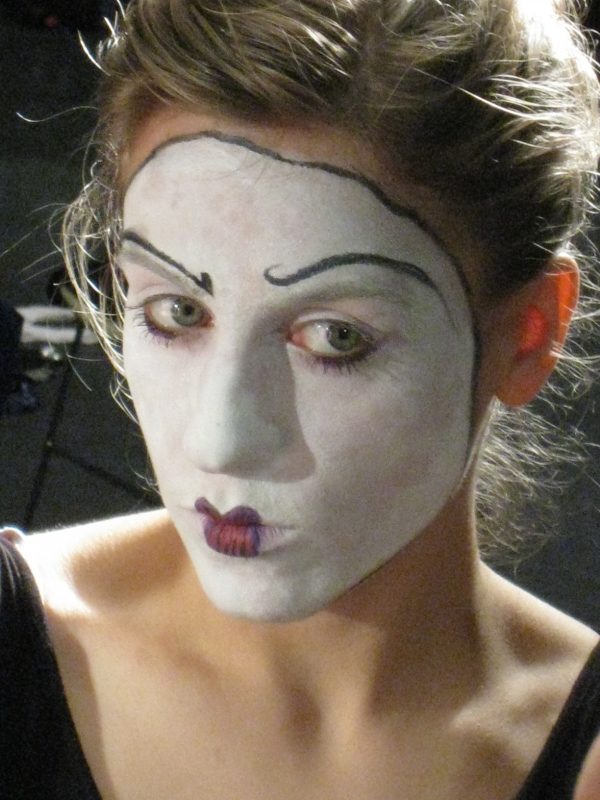 In the European tradition of clown duos, the confident leader is called the Joey and the vulnerable follower is the Auguste. In this workshop you will:
• Invoke the most extreme forms of these two archetypes.
• Discover the full spectrum of your clown’s emotional and physical range.
• Deepen your relationship to your audience
• Increase your stage presence
• Discover the material that naturally emerges from the dynamic friction of
the Joey/Auguste relationship

JAN HENDERSON studied and performed extensively with master teacher, Richard Pochinko, and is one of Canada’s leading clown and mask teachers and directors. Her work is featured in the documentary films Phyllis’s Miracle, To Be A Clown ( NFB), and The Art of Clowning. She teaches at Grant McEwan University, Toy Guns Dance Theatre, and the University of Alberta, where she has received four awards for excellence in teaching. Jan is on the creativity faculty of the Leadership Development program at the Banff Centre, and is a recipient of Global Television’s Woman of Vision award. She was co-artistic director and performer for internationally acclaimed Small Change Theatre, and currently directs for Girl Clown Theatre. Jan is co-founder and co-artistic director of Small Matters Productions, whose shows have toured throughout Canada, and to New York. She recently returned to the stage in the comedy, Over Her Dead Body, for Edmonton’s Fringe Theatre Adventures, and is the subject of a new documentary, now in production, called the The Wise Fool. www.foolmoon.org

CHRISTINE LESIAK is an Edmonton-based theatre artist specializing in performer-created clown theatre and physical storytelling. She holds a Masters of Fine Arts in Drama from the University of Alberta. She is co-founder of Small Matters Productions, and co-creator and co-performer of Small Matters Productions’ full-length touring shows Over Her Dead Body (2017), Fools for Love (2012), and Sofa So Good (2010). She is writer and performer of her one-woman shows, Ask Aggie (2013), and The Object of Constellations (2016). She has created and performed countless short clown-based works, and toured throughout Canada and to New York. Christine is festival director of Play the Fool, Edmonton’s festival for clown and physical comedy, artistic associate with Toy Guns Dance Theatre, and a frequent collaborator with Catch the Keys Productions. She has taught within the Drama Department at the University of Alberta, at Edmonton Digital Arts College, and Toy Guns Dance Theatre.