This circle is for emerging and established writers interested in creating theatrical work suitable for young audiences and/or families. Past participants have included playwrights and other theatre professionals as well as writers from a variety of genres.

Over the course of the full circle, playwrights can expect to create a short, yet complete, play suitable for young audiences and/or families under the guidance of accomplished playwright, Conni Massing and director/dramaturg, Tracy Carroll. The elements of Kompany’s New Works for Young Audiences Playwrights Circle include:

Playwright Circle Sessions: You will participate in six sessions with a limited-sized group of fellow playwrights led by Conni and Tracy in order to develop your play.
• Mondays 6 to 9 p.m. – April 2, 9, 23 & 30, May 14 & 21

Professional Actor Read Through: Your play will be read through by professional actors led by a professional director. You will have an opportunity to revise your play in preparation for the reading/workshop with your intended audience.
• May 15 to 20 – readings TBD

Intended Audience Workshop Readings: Your play will be actively workshopped with its intended audience, led by professional actors and a director. You will be given an honorarium for the use of your piece in this part of the process.
• June 4 to 8 – reading/workshops TBD

Script Salon Reading: You will be invited to submit a portion of your play (along with other playwright circle playwrights) at this popular Reading Series co-sponsored by the Playwrights Guild of Canada, Alberta Playwrights Network & Holy Trinity Anglican Church.
• June 10 – 7:30 p.m.

Workshop fee: $250.00 (Note: Playwrights will be eligible for an honorarium for use of their work during the target audience workshops.)
APN members, Students & TYA Boot Camp participants discount: $20.00
Fee Waiver/Reduction: Please contact us if the fee is prohibitive to your participation. 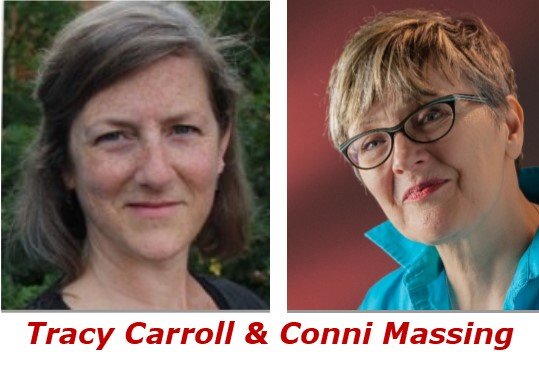 Conni is an award-winning writer working in theatre, film and television. Stage credits include Night Shift, part of the “This is Yeg” anthology, and The Invention of Romance (2014), both premiered by Workshop West Theatre. Her stage adaptations of W.O Mitchell’s Jake and the Kid (commissioned and premiered by Theatre Calgary) and Bruce Allen Powe’s The Aberhart Summer have been widely produced. She has several publications to her credit, including six of her plays and a comic memoir, Roadtripping: On the Move with the Buffalo Gals, published by Brindle and Glass in 2010. Conni has served as writer-in-residence (and a writing instructor) at the National Theatre School, Playwrights Workshop Montreal, Theatre Network and the Edmonton Public Library. Her writing has been recognized by AMPIA, the Academy of Cinema and Television, the Betty Mitchell Awards, The Writers Guild of Alberta and the Elizabeth Sterling Haynes Awards.

Tracy has worked as a Director, Dramaturg, Youth Theatre Programmer and Producer for many years in both Ontario and Alberta. She spent 6 years as the Artistic Associate- North for Alberta Playwrights’ Network and was Artistic Associate at the Citadel Theatre for 6 years, where she co-created and directed KidsPlay @ the Citadel, a series of plays for children and their families.
Directing and Dramaturgy credits include several plays at Concrete Theatre including the very popular Lig & Bittle; Beneath the Ice by Eva Colmers; The Book of Ashes by Emil Sher at the Northern Alberta International Children’s Festival; The Mommy Monologues, written by 10 women and produced at SkirtsAfire 2017; Under Cover by Mark Haroun; The Invention of Romance by Conni Massing and An Almost Perfect Thing by Nicole Moeller, both produced at Workshop West Playwrights’ Theatre. Tracy has also dramaturged many times for Concrete Theatre’s Sprouts Festival and Walterdale Theatre’s Cradle to Stage.