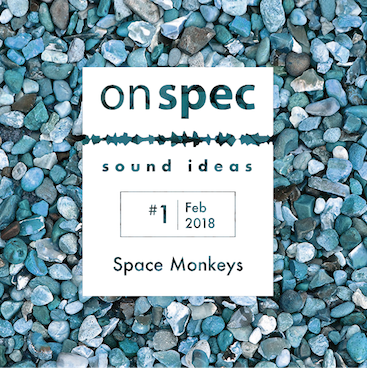 Actors wanted to bring On Spec to life via audio drama

The project is called “On Spec – Sound Ideas.”

It will be a series of sound play adaptations of some of the best stories the On Spec Magazine archives have to offer. Each episode will be roughly twenty minutes long, will feature original musical composition, a cast of actors, and foley. The episodes will be available as a podcast, free for anyone to download.

Right now we are putting together a “pilot” episode. We can’t offer money at this point, but it promises to be an easy, fun, laid back recording with some potentially great exposure, and of course anyone who auditions will be considered for future episodes.

WHO WE ARE LOOKING FOR:

The chosen story for the inaugural episode only needs a couple voices:

– A newscaster-type voice for a short monologue at the beginning.

– A young father who cares deeply for his Aspergers-afflicted little boy. A bit of a nerd, under all the extra responsibility he carries.

– Emmet’s wife and Danny’s mother. She is full of love, but also concern for her little boy’s future. More than anything, she just wants everything to be okay.

– Roughly seven years old, and only has two short lines.

If interested, email Edward@mr9999.ca with your availability, a CV (if possible,) and a sample of dramatic voice work. The same person can audition for more than one character. Even though this project is audio-only, it’s important to its integrity that the actors be in the same room while recording. If you’re unable to record in Edmonton, you unfortunately can’t be considered at this time (except to be the newscaster.)

On Spec Magazine is based in Edmonton, AB and has been publishing amazing short science fiction stories for nearly 30 years. During that time, it’s built up a catalogue of amazing tales begging to be brought to life in other mediums.

We look forward to hearing from you!