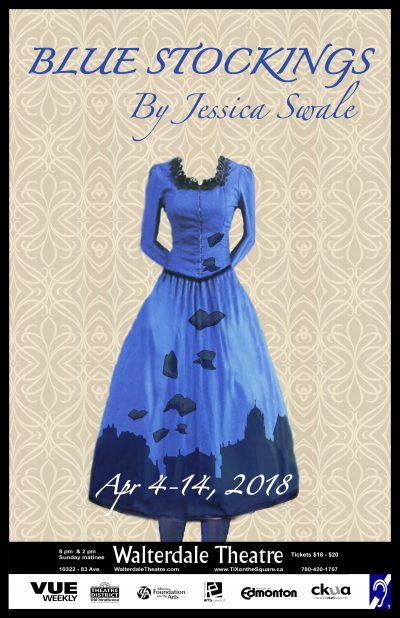 Blue Stockings tells the story of four young, pioneering women in 1896, and their fight for education against a system that denied women degrees and left them only with the “blue stockings” stigma—a reputation as an unnatural, unmarriageable woman. Despite the overwhelming opposition and prejudices against them, Tess Moffat and her fellow first years are determined to change the future of education forever.

Please note: approximate ages are suggested in the script (based on historical background), but there will be flexibility in casting. Ages are relative and relational, and consideration will be given to how old or young someone reads, as opposed to their physical age. Auditions are open to artists of all ages.

The Walterdale Theatre is also committed to inclusive casting. Artists who are members of under-represented communities are greatly encouraged to audition.

AUDITION PROCESS
Auditions will be held in groups of up to 12, and audition slots will run one (1) hour. Auditioners will need to be present for the entire hour.

To book an audition, contact Laura Ly by e-mail at laura.g.ly@gmail.com. Please indicate the audition date and timeslot you are signing up for, and if you’re interested in auditioning for a specific character, please note that as well.

Drop-in auditions will be accommodated as time allows.