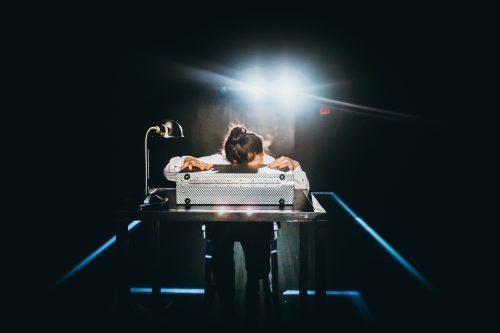 *This is a re-post of the original audition notice with a revised e-mail address and deadline.

WHO WE ARE
ARTICLE 11 is an Indigenous Activist Arts company that was founded by Tara Beagan and Andy Moro in 2013, on Haudenosaunee, Anishnaabe and Wendat land, in present day Toronto. Now based in Alberta, A11 will be working with Fringe Theatre Adventures to bring Reckoning to Edmonton in December 2017. We are proud to be invited by FTA to work on Nehiyawak, Saulteaux, Niitsitapi, Métis, Papaschase and Nakota Sioux land. We give thanks to the peoples of Treaty 6 territory.

THE ART
Reckoning is a triptych work, where each section is rehearsed independently of the others. A11 is seeking a performer for the first of three sections in the triptych. It is titled Witness, and is primarily a movement work. It has never been performed by a dancer. The performer moves to a score composed by violist Melody McKiver and designed by Andy Moro, including the spoken, pre-recorded text performed by the actor. The pre-recorded text is from official documents used by the adjudicators of the Truth and Reconciliation hearings. They include extremely graphic historical sexual violence. In Witness, we see an adjudicator at their breaking point, no longer able to continue with the work.

THE WORK
Rehearsal includes a paid prep time of 24 hours total (November 27 – December 2.) The actualization of Witness in Edmonton will shift to include artistic input from the Edmonton performer/collaborator. Live rehearsal spans December 4 – 9, with a time commitment of 24 hours total. The show techs at the Westbury theatre December 11 & 10, and runs December 12 – 17. Every piece was created and directed by founders Beagan and Moro. For this production, performers will be directed by Moro and Patrick Beagan. Actors in the other sections are Jonathan Fisher, Marcel Petit and Tara Beagan. A11 always pays above CAEA scale, and ensures working conditions are collaborative, rewarding and centred around kindness.

THE ROLE
While A11 always prioritizes collaborations with Indigenous artists, for this role we require an artist who is not Indigenous to Turtle Island, but rather is of a non-hegemonic “Newer Canadian” background. An understanding of having been marginalized is key to the embodiment of this role. The performer will also read older than forty years of age and be in strong health, as it is a movement work. We don’t require a lithe dancer or any particular build, we want a strong physical interpreter. All genders are invited to express their interest. Only Edmonton-based actors will be considered.

CONNECT WITH US
We close to expressions of interest on November 10, 2017, with apologies to those who sent to the previous malfunctioning e-mail address.  Please send us an e-mail with some words about yourself, your work to date, and any connections you may feel to this work.  If you have a headshot and resume, include that as well.

With apologies, we will only be responding to artists that we consider to be potential collaborators.  Thank you for your interest.