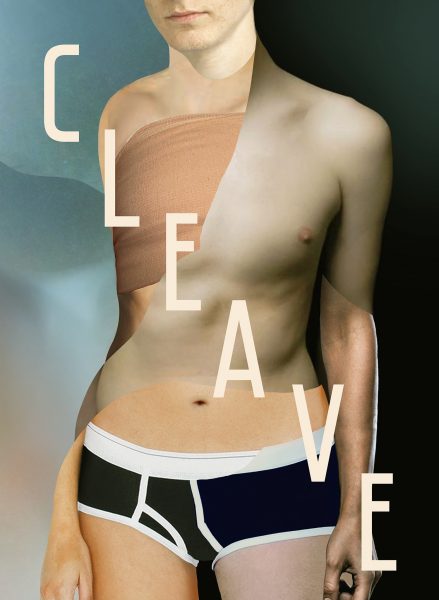 “Cleave” follows the story of Aaron, an intersex teenager, raised female in a rural community, who has recently relocated to the city to begin gender therapy and his transition to male. Throughout the play, he collides with a family whose individual members are each striving to accept or repress different aspects of themselves. “Cleave” asks complex questions about gender, identity, family, biology as a social construct, love, and self-actualization. Its title, an auto-antonym (a word meaning one thing as well as its opposite), alludes to the possibility of an individual existing as numerous things at once and the freedom that comes from embracing contradiction.

For 17-year old intersex Aaron, the new school year means a new chance at life. For Pina, another shot at head cheerleader. For Mark, open season. A stranger intersects with a family in exile from itself. Parents Paul and Carol must struggle to keep their secrets from their children, desperate to know the truth. Like a surgeon’s knife before a first incision, the scalpel is poised and ready to slice.

WE WILL BE CASTING FOR ALL ROLES:

We encourage submissions from artists who self-identify as members of under-represented communities. Tiny Bear Jaws is committed to diverse and inclusive hiring. Please note LGBTQ2S actors will be given first priority. If you self-identify as such, please specify this in your submission e-mail.

Please e-mail a headshot and resume to Artistic Director Elena Belyea at tinybearjaws@gmail.com with “Cleave – [CHARACTER YOU WOULD LIKE TO AUDITION FOR]” in the subject line of the email.

Unfortunately, due to time constraints, not everyone who submits will receive an audition. A script is available upon request.

“Tiny Bear Jaws may be small but it’s sharp of tooth (and eye and ear).” – Liz Nicholls

Tiny Bear Jaws is a little theatre company with teeth, producing visceral new works that ignite, challenge, and entertain. Past productions include Miss Katelyn’s Grade Threes Prepare for the Inevitable and Everyone We Know Will Be There: A House Party in One Act. Since its formation in 2015, TBJ has produced work in Montreal, Calgary, and Edmonton; sold out runs, and won numerous awards, including Best Production and Best New English Text at the Montreal Fringe Festival for Miss Katelyn’s Grade Threes Prepare for the Inevitable. Find out more at http://tinybearjaws.com.

If you have any questions, please contact Elena Belyea at tinybearjaws@gmail.com.