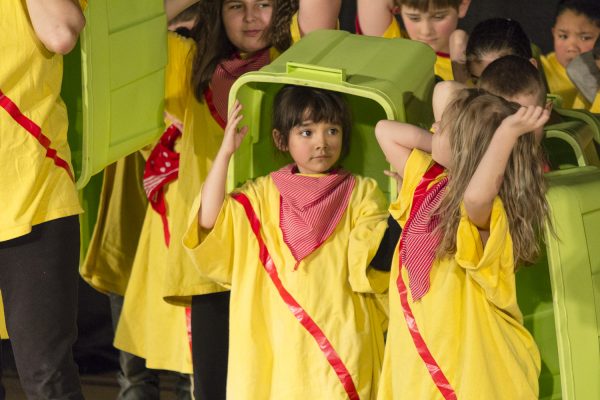 We need your help to support our future programming! We have a Casino coming up on October 16 & 17, 2017 and we need volunteers!

The positions we are looking to fill are General Manager, Banker, Cashier, Count room & Chip Runner. If you plan on volunteering for both days, please make sure you sign up for the same position. No experience is necessary in order to volunteer.

Thank you for your support!

Following the behaviour of the mythical trickster, we bring playful disarray into schools. When we enter the school, we disrupt the classes and change the normal routine. Throughout the process, we encourage people to think and learn in new ways by adding to the structure of standardized learning, telling stories through theatre. In the end, we give direction to the chaos. We create an original theatre performance linked to the students’ learning, sharing beautiful stories about the school, the community, and the world around them.

The Trickster journey began in 1980 when our founder, David Chantler, hit the road to bring a theatre show to schools and festivals across the country. The big selling point of the show was that it involved a plethora of audience interaction. Audiences adored the shows because of their fun and improvisational nature! David was joined in 1982 by Sheryl Simmons, who later became Sheryl Chantler, and they continued to tour under the name of Alberta Clown Theatre.

In the 90’s, the government invited Alberta Clown Theatre to participate in an experimental program, sending artists into schools for a week to create an original show with students and staff. No children were harmed during the experiment. It was a qualified success and something fantastic was created!

Since that time, we have developed a unique Artist-in-Schools Residency Program. Over the years, we gathered artists to our ranks with different backgrounds and training in a variety of performance styles such as clowning, physical theatre, improv, and dance. As a result of our combined experiences, the company has gained strength and vibrancy. In 1999 David and Sheryl changed the name of the company to Trickster Theatre, reflecting the fun and innovative process that they had formed over the years. The Trickster process was born and we have been perfecting it ever since.