Doug Mertz has received his May book bag curated by Tara Beagan. 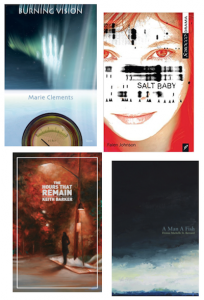 The Hours That Remain by Keith Barker: A moving, emotionally charged story of loss, bereavement, and unfaltering hope. Denise has spent the last five years dedicated to uncovering the truth behind her sister Michelle’s disappearance. Haunted by loose ends, she begins seeing visions of Michelle, who gradually guides her in the right direction. As Denise’s marriage and sanity crumble around her, she remains committed to unearthing an unfathomable truth, and coming to terms with a painfully crucial realization—one she has been desperately avoiding.

A Man A Fish by Donna-Michelle St.Bernard: Prosper is a fisherman trying to get by in the face of everyday problems: there’s the spectre of the baby his wife desires, the ghost of his dead mistress, his wife’s secret admirer, and the overwhelming lure of the village bar. When a slippery eel salesman arrives in town peddling progress to the rural community, Prosper’s list of problems only increases. Faced with an invasive new species in his lake, his fortunes decline along with the fish population, and Prosper gets a lesson in gift horses and generosity. A haunting, powerful story, this play is a meditation on love, loss, and environmental sabotage.

Salt Baby by Falen Johnson: Growing up on the Six Nations Native Reserve, Salt Baby never quite fit in — her fair skin and curly hair made her more of a Shirley Temple type than a Pocohontas type. As a young woman, Salt Baby begins to explore her identity. Blood quantum, DNA tests, family tress… What does it mean on the Rez? In the city? Will Alligator ever understand? Will she? With affection and humour, “Slat Baby” tackles the question of First Nations identity in the 21st century.

Burning Vision by Marie Clements: Unmasks both the great lies of the imperialist power-elite (telling the miners they are digging for a substance to cure cancer while secretly using it to build the atomic bombs that devastated Hiroshima and Nagasaki); and the seemingly small rationalisations and accommodations people of all cultures construct to make their personal circumstances yield the greatest benefit to themselves for the least amount of effort on their part. It is also a scathing attack on the “public apology” as yet another mask, as a manipulative device, which always seeks to conceal the maintenance and furtherance of the self-interest of its wearer. 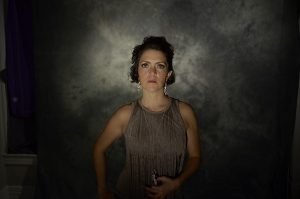 Tara Beagan self-describes as a proud Ntlaka’pamux and Irish “Canadian” halfbreed, based in Innisfail, Alberta. She is co-founder/director of ARTICLE 11 with her most cherished collaborator, Andy Moro. She served as the artistic director of Native Earth Performing Arts from February 2011 to December 2013. A Dora-winning playwright, she has been in residence at Cahoots Theatre, NEPA, the National Arts Centre, and Berton House. Five of her over twenty plays have been published. Her first film script, 133 Skyway, co-written with Randy Redroad, won the imagineNATIVE award for best Canadian drama.