Theatre Alberta is thrilled to announce that the 2017 Michelle Dias Community Service Award has been presented to Byron Martin. As the 2017 award recipient, Byron Martin received a scholarship to attend Complicite: Collaborative Curiosity April 28–30, 2017 at Banff Centre for Arts and Creativity. 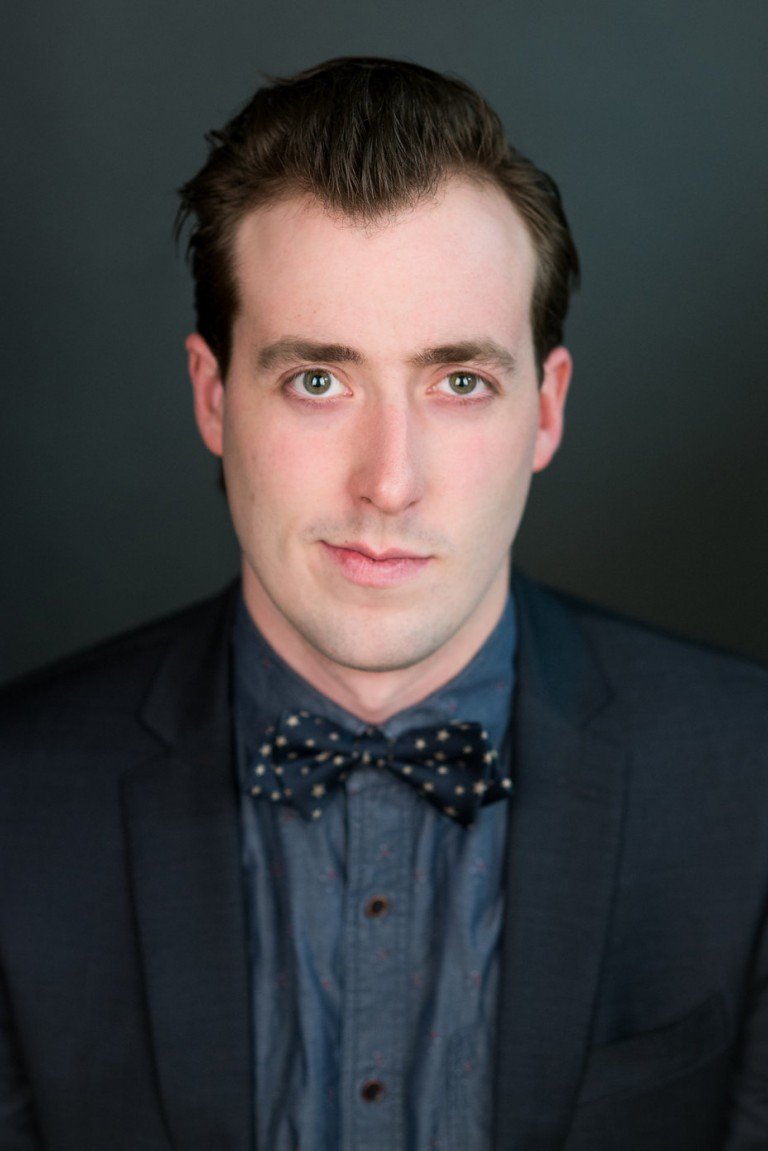 Byron is a graduate of the MacEwan Theatre Arts Program and holds a Masters in Musical Theatre Performance from The Royal Conservatoire of Scotland. Since returning to Edmonton in 2010, he has worked as an actor, singer, dancer, educator, and arts administrator. For his work with Alberta Opera, Byron was nominated for a Sterling for Outstanding Artistic Achievement. Additionally, Byron has performed with Actors Theatre, The Capitol Theatre, Plain Jane Theatre Company, Rapid Fire Theatre, Theatre YES, and The Citadel Theatre.  As a teacher, Mr. Martin has taught drama workshops in schools across the province through Trickster Theatre, Concrete Theatre, Theatre Prospero, St. Albert Children’s Theatre, and Citadel’s Foote Theatre School.  This year, Theatre Alberta is pleased to have him teaching at Artstrek.

In 2012 Byron formed Grindstone Theatre. Grindstone was founded to provide professional opportunities for emerging theatre artists. The company is most known for its improvised musical, the 11 O’clock Number. Grindstone has grown to provide a season of theatre, weekly improv shows, touring productions, and classes. The 11 O’clock Number has included more than forty actors over the past five seasons, many of whom have now moved on to greater heights including YTV, SoulPepper and Second City.  Byron is currently working to open a new Edmonton venue, Grindstone Comedy Theatre. Visit: grindstonetheatre.ca for more information. The Michelle Dias Community Service Award is offered each year in memory of Ms. Dias, a respected colleague and true champion of Canadian theatre, who passed away 2011. It is awarded to a Rocky Mountain Series participant who demonstrates a selfless commitment to the Alberta theatre community and to sharing their knowledge with colleagues and peers. Michelle was deeply involved in Theatre Alberta’s educational programming, having spearheaded Safe Stages, our health and safety resource for theatres, as well as working with us frequently as an instructor. In addition to Michelle’s contributions to Theatre Alberta programs, Michelle was Head of Props for Banff Centre for Arts and Creativity from 1996 -2004. Michelle worked at Banff during the summer months, the rest of the year she was an integral part of the Citadel Theatre production team. At the Citadel, Michelle was the Head of Scenic Paint from Sept 1995 until her passing in September 2011.

Thank You To ATB’s Branch For Arts & Culture For Their Support With Rocky Mountain Series Scholarships.