Created in 1961 by UNESCO, World Theatre Day is celebrated annually on March 27 by theatre communities around the globe. The impetus behind World Theatre Day is to honour and further the goal of UNESCO’s International Theatre Institute (ITI) to celebrate the power of theatre as an indispensable bridge-builder for mutual international understanding and peace, as well as to promote and protect cultural diversity and identity in communities throughout the world.

For the seventh year in a row, Association des théâtres francophones du Canada (ATFC) has joined together with its two long-standing partners, Professional Association of Canadian Theatres (PACT) and Playwrights Guild of Canada (PGC), to present the Canadian World Theatre Day message. This year’s message is written by playwright, director and actor Gilles Poulin-Denis. Based in Vancouver, Gilles has recently been named artistic director of Zones Théâtrales. 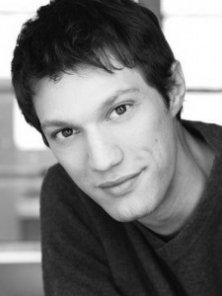 So where does this conversation stand today?

For a number of years, theatre has been pushing out of its conventional frame. It’s giving itself permission to borrow from other forms of art like cinema, dance, performance, visual arts. It even exists outside the confines of the theatre walls: in the streets during in situ performances, in our earphones during audio plays and even within our computers and our smart phones. If stories can cross time, from Sophocles to Shakespeare to Jordan Tannahill, the way to tell them is ever changing: forms are limitless and processes are in constant evolution. This is what makes theatre an art that is truly alive, that is continually reinventing itself and offering a reflection on its time and its society.

Moreover, let’s eradicate this sentence, heard time and time again in theatre lobbies and printed too often in reviews, from our discussions: “this isn’t theatre”. Saying this sentence effectively shuts down any desire for dialogue and brings the century-old conversation about our practice to a definite close. Those who utter this sentence can take refuge in archives, in their nostalgia and in their complacency. By endeavouring to define this art too much and to freeze it in time, they will succeed in making theatre an art of museums.

We, artists, artisans, need to continue to push back limits and explore new forms. Let’s keep this curiosity that drives us to meet the unknown, to take risks in creation, to make no concession with our work. Let’s cultivate this daring with what we create but also with the choice of programming we curate and the choice of artists we support.

However, at a time when certain theatres are fighting to fill their seats, we have the responsibility to ask ourselves where is the audience? Has it abandoned the theatre? And if this is the case; why? We never hear “I don’t like cinema. One time, I saw a movie, it was bad. I won’t ever go back”. If the theatre suffers from these prejudices, while most other disciplines are safe from them, it’s precisely because, for these individuals who gave up on the stage, the conversation about theatre has stopped. It is precisely because this conversation has been frozen in time. Theatre only gives them the image of a dusty art form where we don old costumes and speak in rhymes. But maybe it’s simply because this audience hasn’t found their theatre.

So what can theatre offer in 2017? No one knows exactly. But one thing is certain, no matter what form the theatre we attend takes, there will inevitably be a constant. It’s this precise moment – whether we’re sitting in a centuries old theatre with gilded gold ceilings, in a crappy black box theatre, in the middle of the street, or alone in front of a screen – this instant when our full attention is devoted to the stage and we know that what is happening in front of our eyes is ephemeral, that we are seeing an event in the here and now. This little moment is frozen in time, it is filled with promises and for this little moment, the theatre remains an exceptional place. 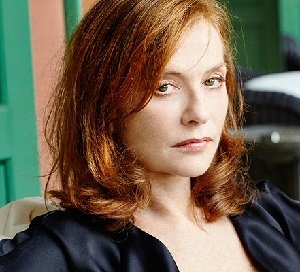 So, here we are once more. Gathered again in Spring, 55 years since our inaugural meeting, to celebrate World Theatre Day. Just one day, 24 hours, is dedicated to celebrating theatre around the world. And here we are in Paris, the premier city in the world for attracting international theatre groups, to venerate the art of theatre.

Paris is a world city, fit to contain the globe’s theatre traditions in a day of celebration; from here in France’s capital we can transport ourselves to Japan by experiencing Noh and Bunraku theatre, trace a line from here to thoughts and expressions as diverse as Peking Opera and Kathakali; the stage allows us to linger between Greece and Scandinavia as we envelope ourselves in Aeschylus and Ibsen, Sophocles and Strindberg; it allows us to flit between Britain and Italy as we reverberate between Sarah Kane and Prinadello. Within these twenty-four hours we may be taken from France to Russia, from Racine and Moliere to Chekhov; we can even cross the Atlantic as a bolt of inspiration to serve on a Campus in California, enticing a young student there to reinvent and make their name in theatre.

Indeed, theatre has such a thriving life that it defies space and time; its most contemporary pieces are nourished by the achievements of past centuries, and even the most classical repertories become modern and vital each time they are played anew. Theatre is always reborn from its ashes, shedding only its previous conventions in its new-fangled forms: that is how it stays alive.

World Theatre Day then, is obviously no ordinary day to be lumped in with the procession of others. It grants us access to an immense space-time continuum via the sheer majesty of the global canon. To enable me the ability to conceptualise this, allow me to quote a French playwright, as brilliant as he was discreet, Jean Tardieu: When thinking of space, Tardieu says it is sensible to ask “what is the longest path from one to another?”…For time, he suggests measuring, “in tenths of a second, the time it takes to pronounce the word ‘eternity’”…For space-time, however, he says: “before you fall asleep , fix your mind upon two points of space, and calculate the time it takes, in a dream, to go from one to the other”. It is the phrase in a dream that has always stuck with me. It seems as though Tardieu and Bob Wilson met. We can also summarise the temporal uniqueness of World Theatre day by quoting the words of Samuel Beckett, who makes the character Winnie say, in his expeditious style: “Oh what a beautiful day it will have been”. When thinking of this message, that I feel honoured to have been asked to write, I remembered all the dreams of all these scenes. As such, it is fair to say that I did not come to this UNESCO hall alone; every character I have ever played is here with me, roles that seem to leave when the curtain falls, but who have carved out an underground life within me, waiting to assist or destroy the roles that follow; Phaedra, Araminte, Orlando, Hedda Gabbler, Medea, Merteuil, Blanche DuBois….Also supplementing me as I stand before you today are all the characters I loved and applauded as a spectator. And so it is, therefore, that I belong to the world. I am Greek, African, Syrian, Venetian, Russian, Brazilian, Persian, Roman, Japanese, a New Yorker, a Marseillais, Filipino, Argentinian, Norwegian, Korean, German, Austrian, English – a true citizen of the world, by virtue of the personal ensemble that exists within me. For it is here, on the stage and in the theatre, that we find true globalization.

On World Theatre Day in 1964, Laurence Olivier announced that, after more than a century of struggle, a National Theatre has just been created in the United Kingdom, which he immediately wanted to morph into an international theatre, at least in terms of its repertoire. He knew well that Shakespeare belonged to the world. In researching the writing of this message, I was glad to learn that the inaugural World Theatre Day message of 1962 was entrusted to Jean Cocteau, a fitting candidate due to his authoring of the book ‘Around the World Again in 80 Days’. This made me realise that I have gone around the world differently. I did it in 80 shows or 80 movies. I include movies in this as I do not differentiate between playing theatre and playing movies, which surprises even me each time I say it, but it is true, that’s how it is, I see no difference between the two.

Speaking here I am not myself, I am not an actress, I am just one of the many people that theatre uses as a conduit to exist, and it is my duty to be receptive to this – or, in other words, we do not make theatre exist, it is rather thanks to theatre that we exist. The theatre is very strong. It resists and survives everything, wars, censors, penury.

It is enough to say that “the stage is a naked scene from an indeterminate time” – all’s it needs is an actor. Or an actress. What are they going to do? What are they going to say? Will they talk? The public waits, it will know, for without the public there is no theatre – never forget this. One person alone is an audience. But let’s hope there are not too many empty seats! Ionesco’s productions are always full, and he represents this artistic valour candidly and beautifully by having, at the end of one of his plays, and old lady say; “Yes, Yes, die in full glory. Let’s die to enter the legend…at least we will have our street…”

World Theatre Day has existed for 55 years now. In 55 years, I am the eighth woman to be invited to pronounce a message – if you can call this a ‘message’ that is. My predecessors (oh, how the male of the species imposes itself!) spoke about the theatre of imagination, freedom, and originality in order to evoke beauty, multiculturalism and pose unanswerable questions. In 2013, just four years ago, Dario Fo said: “The only solution to the crisis lies in the hope of the great witch-hunt against us, especially against young people who want to learn the art of theatre: thus a new diaspora of actors will emerge, who will undoubtedly draw from this constraint unimaginable benefits by finding a new representation”. Unimaginable Benefits – sounds like a nice formula, worthy to be included in any political rhetoric, don’t you think?…

As I am in Paris, shortly before a presidential election, I would like to suggest that those who apparently yearn to govern us should be aware of the unimaginable benefits brought about by theatre. But I would also like to stress, no witch-hunt!

Theatre is for me represents the other it is dialogue, and it is the absence of hatred. ‘Friendship between peoples’ – now, I do not know too much about what this means, but I believe in community, in friendship between spectators and actors, in the lasting union between all the peoples theatre brings together – translators, educators, costume designers, stage artists, academics, practitioners and audiences. Theatre protects us; it shelters us…I believe that theatre loves us…as much as we love it…

I remember an old-fashioned stage director I worked for, who, before the nightly raising of the curtain would yell, with full-throated firmness ‘Make way for theatre!’ – and these shall be my last words tonight.

Click here for a selection of different language translations.

The Fall of the House of Atreus, Blarney Productions/Impossible Mongoose
Mar 23 – Apr 02