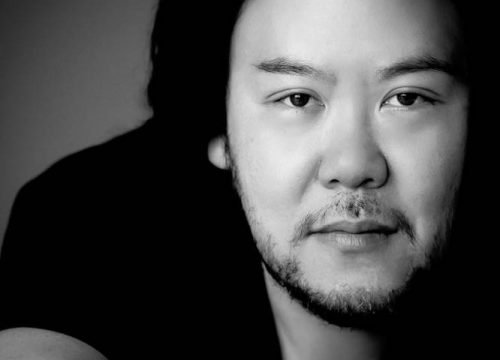 Born and raised in Toronto, Arima has thrived in the New York theatre scene for nearly 20 years, and he became the first Asian Canadian to direct a musical on Broadway when Allegiance opened on November 8, 2015 at the Longacre Theatre, starring George Takei and Lea Salonga. He was also nominated for an Olivier Award for his direction of 2004’s West End premiere of the musical, Ragtime, and his production received 8 nominations including Best Musical. Some of his other directing credits include productions of Altar Boyz, Carrie (MCC Theater), The Secret Garden – In Concert (Lincoln Center), Two Class Acts (The Flea Theater), The Tin Pan Alley Rag (Roundabout Theatre Company), Jacques Brel Is Alive and Well and Living In Paris (Stratford Festival), Abyssinia (Goodspeed Musicals) A Tribute to Sondheim (Boston Pops), and Guys and Dolls (Paper Mill Playhouse). Arima has also shepherded new musical development at the Toronto Fringe Festival, New York Musical Theatre Festival, National Alliance for Musical Theatre, Williamstown Theatre Festival, New York Stage and Film, and the SPF Festival. He is a graduate of York University, where he was the recipient of the Dean’s Prize for Excellence in Creative Work. Arima also serves as Artistic Advisor for the Broadway Dreams Foundation, and is an Adjunct Professor at UC Davis.

“It is with great honour and immeasurable excitement that I begin this new adventure as artistic director at Theatre Calgary,” says Arima. “This journey to Calgary is a homecoming for me. After two decades based in New York City, my return to Canada gives me immense pride. I am eager to participate in Calgary’s fervent artistic spirit, and continue the tradition of bold storytelling and impactful theatre that moves, touches and inspires this city’s audiences. As Calgary knows, this theatre has achieved immense success under the former artistic leadership of Dennis Garnhum,” acknowledges Arima. “I am thrilled to oversee Interim Artistic Director Shari Wattling’s recently announced season marking our 50th Anniversary, and partner with the board of directors, and the entire staff and crew, to present these eclectic works to our audiences. I am anxious to begin the process of guiding the company through its next phase of growth. Our theatre will forever be a home that reflects the communities, the country, and the world we live in – a diverse, complex, stimulating world.”