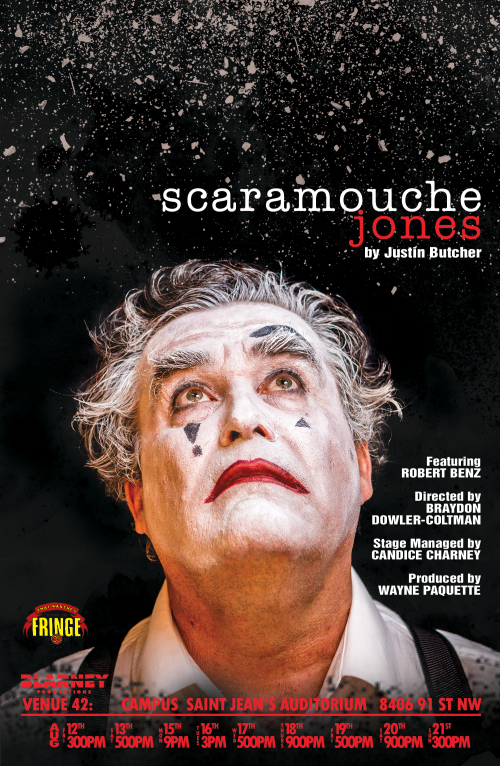 Sound and Music by: Kristian Stec

Photography and Promotion Design by: dbphotographics.ca

It’s 11pm on Millennium Eve. The ancient clown, Scaramouche Jones, has given his last performance and retires to his dressing room to wait alone for the stroke of midnight – and his own centenary. Reflecting on the extraordinary fortunes of his life, his journey spans the furthest reaches of crumbling empires and the darkest episodes of the 20th century in his quest for a father and a homeland. He strips away his seven comic masks and reveals the heart buried deep within: his final confession. By turns bizarre, comic, epic, tragic – laced with the consummate wit of the circus clown – his tale unfolds as an enchanting fable of poignancy and laughter.

You have 9 chances to catch this remarkable show:

Tickets for the 2016 Edmonton Fringe Festival ON SALE NOW!