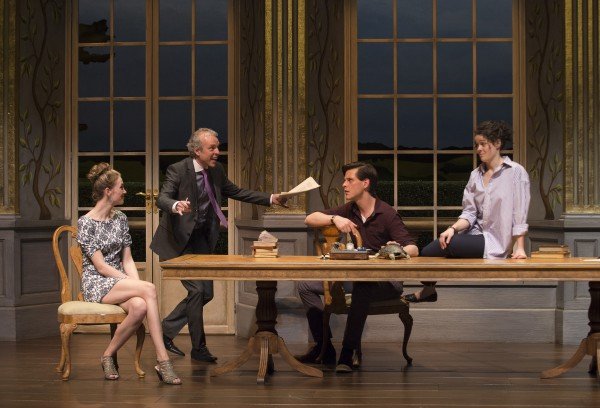 The Citadel/Banff Centre Professional Theatre Program, presented by the Citadel Theatre and the Banff Centre, offers an advanced creative development program to enrich the skills of established theatre professionals. Now in its ninth year, this Program, conceived by Citadel Theatre Artistic Director Bob Baker, provides a unique professional development opportunity to Canadian theatre artists. The Citadel/Banff Centre Professional Theatre Program is designed to embrace and enhance the artist’s strengths while encouraging the exploration of new concepts.

The curriculum of the Program comprises a five-week course of master classes in scene study, movement/dance, singing, voice and speech, stage combat, classical text, improvisation and script analysis by a Faculty of some of Canada’s leading theatre artists.

The residency for the Program is divided between Banff (four weeks) and Edmonton (one week). Following the five-week training period, participants will rehearse and perform Sense and Sensibility, in a new adaptation by Tom Wood. The production will be directed by Bob Baker as part of the Citadel’s 2016/2017 Season.

In 2017, the Program will accept 12 acting participants, and two directing interns. We are looking for exceptional actors at all stages of their careers who are interested in continued professional development. The participants for the 2017 Program will form the cast of Sense and Sensibility. At this time we are only taking applications for the acting program. Applications for intern directors will be accepted at a later date.