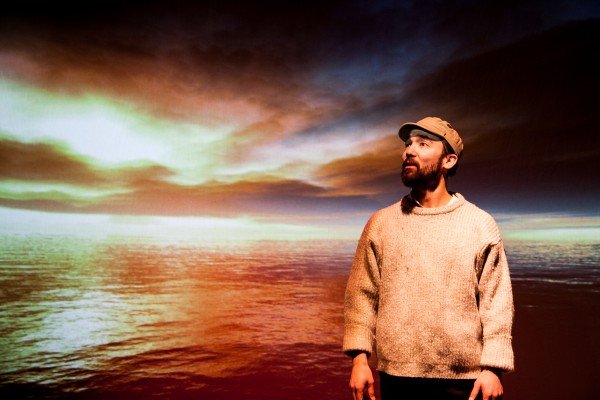 Shadow Theatre is proud to present the world premiere of “Bravo”

The past and the present collide in this powerful new drama.

Synopsis: A Japanese fisherman caught in the fall out of an American nuclear detonation. A dispassionate anthropologist teaching the effects of radiation on human populations. A cynical politician out to protect his country no matter what the cost. Weaving back and forth between 1954 and the present day, Bravo is a captivating drama that compassionately explores decisions that changed the world and their all too human consequences.

Blaine Newton – Playwright and the Bravo journey: From its first emergence as a winner in an Alberta Theatre Project 24-hour playwriting competition through the recent workshops with Shadow Theatre, Bravo’s journey has been one of putting a human face on a historical moment that could simply have been buried in the values and priorities of another time. It’s easy to examine distant events from our current perspective and ask “how could they?” The challenge is to substitute the specifics of then with the events of today and ask “how could we?” Blaine is delighted to be working with the creative team at Shadow Theatre to bring the story of Bravo to life. Blaine’s most recent production was “Oral Fixations” with Ignition Theatre in 2014 (co-written with Leslie Greentree) and his plays “Five Stages of Death” and “Curtain Call” were presented in 2014 and 2015 as part of the Playwrights Guild Edmonton Script Salon series. A winner of CBC, ATP and literary competitions, he’s a regular contributor to the Writer’s Guild of Alberta WestWord magazine and spent two seasons as an improv performer and prime sketch writer with Red Deer’s Bull Skit Comedy. Blaine lives in Red Deer Alberta.

Tickets are available through TIX-On-The-Square at 780-420-1757 and www.tixonthesquare.com or by calling Shadow Theatre at 780-434-5564. 2 and 3 Pack Subscriptions are available on our website at: www.shadowtheatre.org